The music of King’s College Chapel is as well-known as the building itself, and depends on the continued provision of education for the sixteen choristers at King’s College School, fourteen Choral Scholars and two Organ Scholars, as well as the employment of a full-time Director of Music.

Singing at daily Chapel services is the Choir's primary duty, and has been since the foundation of King’s College in 1441, when King Henry VI envisaged that the Choir would provide music for the daily offices and celebrations of the Mass in his new Chapel.

In addition to their singing of the daily services, the Choir participates in a number of high-profile events in the Chapel. These include the live radio broadcast of the famous Festival of Nine Lessons and Carols, which is heard by tens of millions of people around the world, television broadcasts of Carols from King’s, and radio broadcasts from the Easter at King’s festival.

The Choir's commitments are not restricted to performances in the Chapel, however: its worldwide fame and reputation, enhanced by its many recordings, has led to invitations to perform around the globe, and to an extensive international tour schedule.

The funding needs for King’s College Choir are significant. The College supports the choristers by paying school fees of £300,000 annually, and employs a full-time Director of Music, a post considered to be the most prestigious choral directorship in the world.

King’s has been increasingly imaginative in finding new ways to bring the remarkable music and the Chapel experience to the world. Services and recitals are now made available to listeners around the world, the Choir records on the College’s own label, and frequent tours take the music of the Chapel to international audiences.

King’s funds all of these activities, and while some bring in income sufficient to pay for expenses, many do not. Most notably, the Choir does not have a dedicated endowment fund, and we believe it is essential to establish funds to secure both the future of the Choir and the Fellowship for the Director of Music. Philanthropic support is also used to help fund concerts, tours and recordings, as well as new projects such as mobile applications and webcasts.

Make an online donation to support the King's College Choir

The College originally founded the King’s College Choir School to educate the sixteen Choristers, aged nine to thirteen, who sing in the Choir. Today the College supports the Choristers by paying school fees of £300,000 annually, as well as all of the expenses associated with the Choir.

The Choir does not have a dedicated endowment fund, and we believe it is essential to establish additional endowment to ensure the future of the Choir. In addition, and through donations of all sizes, our eventual goal is to establish five fully-endowed choristerships at the school, paying for the termly £8,000 fees and ensuring that choristerships are open to any boy of the right musical ability, regardless of financial circumstances. A single chorister can be funded for a five-year period for £120,000, or in perpetuity at an endowed cost of £716,000.

Make a donation in support of the Choir Endowment

Endowing the Director of Music

The consistently high standards achieved by the Choir owe much to the musicians who over the last 140 years have served as Director of Music. Since 1876 there have been only five permanent Directors of Music, each of whom has left their mark on the style, repertoire and public perception of the Choir. In 2019, Sir Stephen Cleobury handed over the role to Daniel Hyde (KC 2000) after 37 years of outstanding service to the College and the Choir.

To mark Sir Stephen’s retirement, the College wishes to create a new endowment to support in perpetuity the position of the Director of Music at King’s College. We have set ourselves a target of £2.5million to establish the endowment.

Make a donation to the Director of Music endowment fund

For decades, King’s College Choir has demonstrated a commitment to contemporary music by commissioning a large number of new pieces. On his appointment to Director of Music in 1982, Sir Stephen Cleobury continued this by commissioning a new carol each year for inclusion in A Festival of Nine Lessons and Carols; a tradition that continues to this day.

The first commissioned composer for this purpose was Lennox Berkeley (In Wintertime, 1983) and amongst those who have followed him are Thomas Adès, Judith Bingham, James MacMillan and John Rutter. New commissions are also regularly recorded for commercial release as well as for webcasts, and heard and performed by people around the world.

Make a donation towards new music at King's 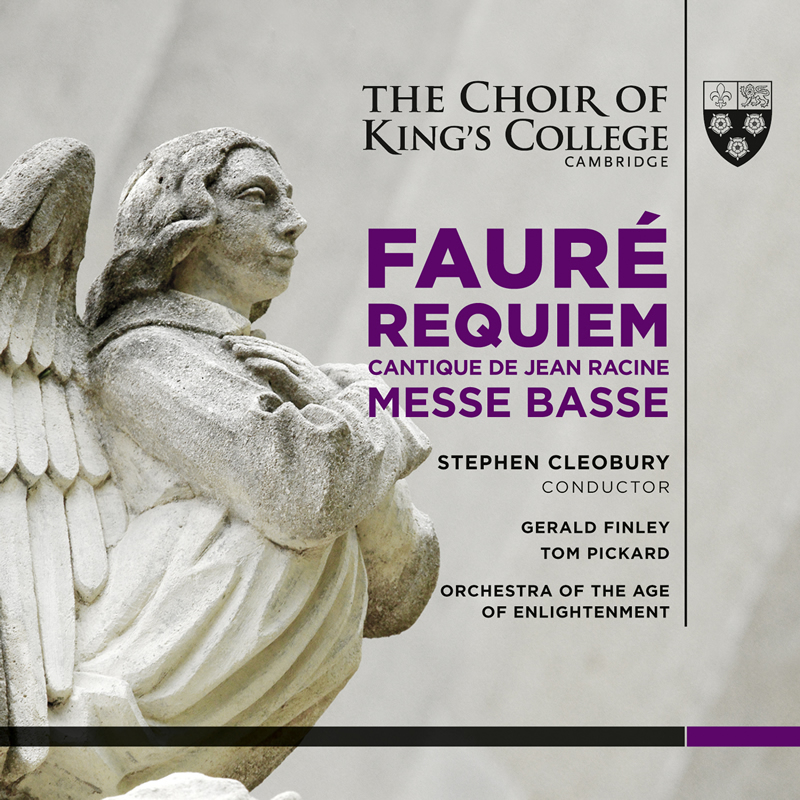 King’s recordings have cemented the Choir’s reputation as one of the world’s most loved and renowned choirs. The College releases multiple recordings a year, many of them featuring the Choir, on its own record label. Profits from the Label are returned to the College, in turn supporting the ongoing work of the College, Chapel and Choir.

Making these staple recordings is only possible thanks to the generosity of those who support them. A recording can cost anywhere from about £10,000 to upwards of £50,000, depending on the repertoire and the number of musicians involved (e.g. a large orchestra).

Make a donation towards recordings at King's

King's Voices, the mixed voice choir of King's College, was founded in October 1997 under the direction of Dr John Butt to give the women of King's the opportunity to contribute vocally to the musical life of the College.

The choir has flourished over the past 20 years, performing regular services in the Chapel and touring internationally. In 2013 we appointed the Director of the National Youth Choirs of Great Britain, Ben Parry, as the Choir's Director.

Sponsorship of King’s Voices will support the choir in an exciting time in its development under Ben Parry, helping to provide for music costs, tuition subsidies and future touring. King's Voices can be sponsored for £25,000 for a year.

Enquire about donating to King's Voices 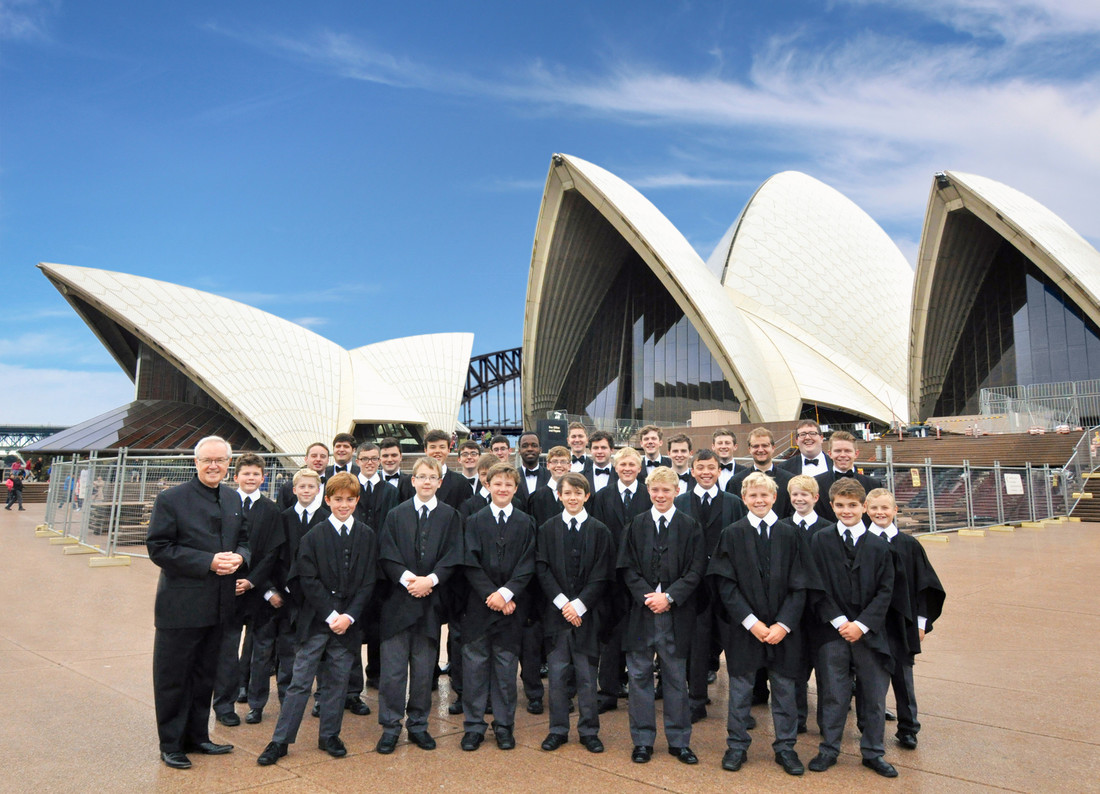 In recent years King’s College Choir has travelled to the USA, China, Australia and a host of European countries. Performing abroad allows the Choir not only to enhance its international reputation and relationships, but also to engage in educational and philanthropic activities across the globe.

Touring is one of the more expensive activities the Choir undertakes, and the future of this programme relies on the generosity of those who support King’s. A gift of £25,000 will sponsor a performance of the full choir at a single venue; a gift of £3,000 will sponsor educational and cultural activities for the choristers and scholars while on tour.

Enquire about donating to tour performances

In addition to covering a significant amount of the Choristers’ school fees, King’s contributes further to the education of the Choristers through the purchase of sheet music, singing and instrumental tuition, masterclasses, travel, and other educational opportunities.

Sponsoring a chorister for a year for £5,000 will cover the costs of these additional expenses.

Enquire about sponsoring a chorister

To mark the outstanding career of Sir Stephen Cleobury, we wish to permanently endow the Director of Music position at King's.
Read more

As well as preserving many rare treasures, the Library and Archives together serve the needs of students and senior members of the College.
Read more 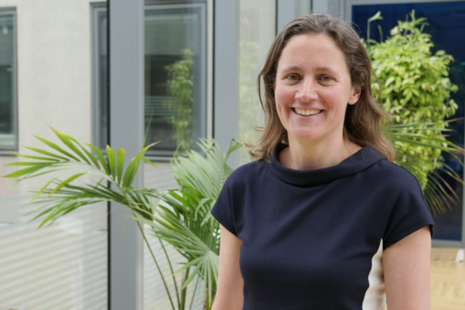 Two King's alumni have been recognised in the New Year Honours for 2022.