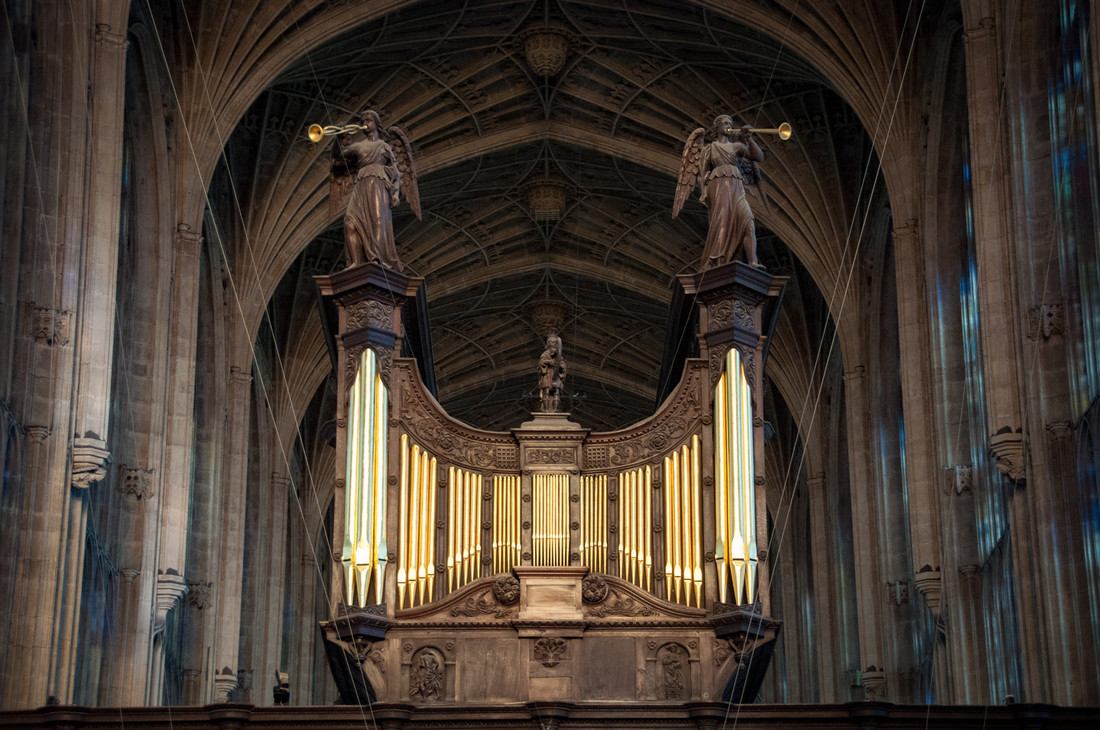 In 2016, the King's College Chapel organ underwent the most significant restoration since the 1960s.

Today’s instrument remains fundamentally as it was designed to be at the time of its restoration in the mid-1930s, but after many years of frequent use it became unreliable. Major work was undertaken to ensure that it continues to function optimally for the next generation.

Thanks to several significant donations, the fundraising for this much-needed work  accomplished an exceptional start, and King's was able to confirm that the largest restoration project in a generation would take place in 2016.

January: the pipework was removed from the case and, with the exception of the largest basses, returned to the Harrison & Harrison workshop in Durham for cleaning and repair. Choral services in the Chapel continued.

February-March: works to the empty case in the Chapel took place, including cleaning, surveying and restoration.

April: reinstatement of the pipes took place over a period of twelve weeks.

August: voicing and tonal regulation begun, following the reinstatement of the pipework.

September: the organ became ready for use again.

Advantage was taken of new materials and technology as the inner workings of the organ were repaired and reorganised. King's is delighted that, as expected, there has been no significant tonal alteration, except that, with cleaning, the sound has returned to a former brightness.

The Need for Restoration

This page was last updated before the restoration of the organ began, and is kept for archival purposes.
Read more

Technical Summary of the Work

This page was last updated before the restoration of the organ began, and is kept for archival purposes.
Read more

A complete history of the King's College Chapel Organ from its earliest incarnations to the present day.
Read more

How does the Organist keep in time with the Choir? Read our frequently asked questions about the Chapel Organ.
Read more
Organ Specifications