We welcome applications from international students and the diversity of King's students makes the College an especially welcoming environment for students from outside the UK.  We have a vibrant international community here comprised of students, staff and Fellows which gives you the opportunity to meet many people from all walks of life, explore different cultures and make some life-long friends.

Our admissions principles are exactly the same for international students as for any other applicant: we are looking for academic potential. We make offers to those students who we think show the most academic promise. We can admit as many international candidates as we want to based on the strength of the applications. There is therefore no set number or proportion of places for international students: we are only interested in your academic ability. The one exception to this rule is for Medicine applications. There are only 21 places available across Cambridge University for overseas (non-EU) Medicine students.

It is important to be aware that applications must be submitted a full year before the October in which you hope to start your course at King's.

Many students apply in the September/October of their final year of school with predicted grades for school-leaving examinations which they will take in the summer. If we make an offer in January, it is conditional on examination performance and we write to confirm conditional places in late August once examination results have been achieved. This enables students to start at King's the October after they leave school.

Students (e.g. Australian students) whose academic year ends in December can still apply with predicted grades in September/October but will have a gap between the end of their school year and starting at King's the following October.

Applying after you have taken your school-leaving exams

The other option is to apply to King's the October after you have received your school-leaving exam results, and take a gap year between school and studying at Cambridge. If you have already met our entrance requirements, an offer we make in January would not normally have academic conditions.

First you must work out whether you should apply as a European Union or Overseas (non-EU) student. This depends on where you go to school. It has nothing to do with fee status (which may be different and is sorted out later).

Applying for entry in 2020, or for deferred entry in 2021? Check the dates and deadlines for your application here.
Read more

Applying from an EU Country

EU students applying for an undergraduate course at an English university for 2020 entry will be eligible for home fee status and continue to have access to student loans and grants, even if the course concludes after the UK’s exit from the European Union. Further information is on the Gov.UK website and the University's dedicated webpage.

EU students apply in the same way as UK students except that they must provide a high school transcript. If you are studying in an EU country then you would come to Cambridge for interviews in early December if invited. It is important to check before you apply whether there is a pre-interview admissions assessment in your course that you need to register for.

Overseas applicants (from schools outside the European Union) follow the same basic application procedure, but submit a Cambridge Online Preliminary Application (COPA) and high school transcript in addition to the UCAS form and SAQ. It is important to check before you apply whether there is a pre-interview admissions assessment in your course that you need to register for.

Many overseas applicants apply to be interviewed at King's College, Cambridge in the normal way. We are happy to provide one night's free accommodation for you at King's when you come for your interview if you need it and will provide travel instructions once you have applied. If you have an overseas address, we will provide an official document to enable you to apply for a visa to enter the UK for your interview. Please note that time will be very tight. If the visa application process in your country takes a long time it would be worth considering applying for an overseas interview. This means that, if selected, you are seen locally by an overseas team from Cambridge who interview you on behalf of the University and administer any test required. The University has in the recent past conducted admissions interviews in Canada, Malaysia, Singapore, Hong Kong, and PR China.

In some cases it is possible to be interviewed overseas, but be aware that the deadline for application may be earlier.
Read more

Your English language skills need to be good enough for you to undertake an intensive and challenging academic course that is taught and examined in English. Since we interview most of our applicants, we also use the interview (along with any written work or tests that are required for your course) to assess your communication skills in English. Some international students study English as part of their school qualifications - it is not a question of exactly which exams you have taken, but rather how good your English is when we meet you.

You would then have until the following August to sit this examination and provide us with evidence that you have achieved the required grades. Some students will not be set an English Language condition because we are already happy with their level of English. Students who will need a visa should note that there are UK entry language requirements as well. See the UK Visas and Immigration website. Students applying for overseas interviews should check the requirements for their interview location.

Information about fee status and cost of undergraduate study will differ depending on course. Some EU students may be eligible for loans from the UK government to cover their tuition fees, or for the Cambridge Bursary which provides support for students from low-income backgrounds. Additional financial support for international students is available through the Cambridge Trust, and King's also has its own studentships which provide grants to international students.

The College will ask all overseas undergraduate offer-holders to document their financial circumstances and any potential need soon after academic offers have been made in January.

Alongside other forms of financial support, there are a small number of studentships available to overseas undergraduates at King's.
Read more

UK Visas and Immigration is your primary source of information, and on their website you can check whether you will need a visa. Please also see the information from Cambridge International Student Team. You should find their information on visas for interview candidates and their page for new and prospective students particularly useful.

King's cannot provide advice about visas, but you may wish to contact the University's International Student Team.

The academic year at Cambridge runs from October to mid June each year, split into three terms:

The exact dates vary a little depending on when Easter falls in that year. Students are expected to do some work during the vacations as well.

Terms in Cambridge are short and very intensive. They officially last eight weeks though there will be meetings and social activities in the few days either side of lectures. In Easter term, there are four weeks of teaching before the exam period, and the final week (called May Week though it actually takes place in June!) is a fun week of end-of-year parties and activities of all kinds to celebrate the end of exams.

Whether our history, our Chapel, our inclusivity or our informality, there are many reasons to consider applying to King's - find out more here!
Read more

What do international students say about studying at King's? In the documents below, current students have written about their experiences, including what attracted them to the Cambridge course, the application process, teaching, the workload and what they do in their spare time.

Rebekka is from Zurich in Switzerland. She studied for the Swiss Matura, and studied Anglo-Saxon, Norse and Celtic from 2015-18.
Read more

Nina is Austrian and Nigerian and applied from Vienna, where she took the IB. She studied Geography at King's from 2015-18.
Read more

Eleni is from Nicosia in Cyprus and studied HSPS at King's from 2013-16, specialising in Politics and International Relations.
Read more

Mie is from Madrid, where she took both the IB and Spanish Titulo de Bachiller. She studied Natural Sciences at King's from 2014-18.
Read more

Karolina is from Bubeneč in the Czech Republic and studied Linguistics here at King's from 2015-18.
Read more

Juan is from Vaud in Switzerland and studied Politics and Political Philosophy here at King's, from 2008-11.
Read more 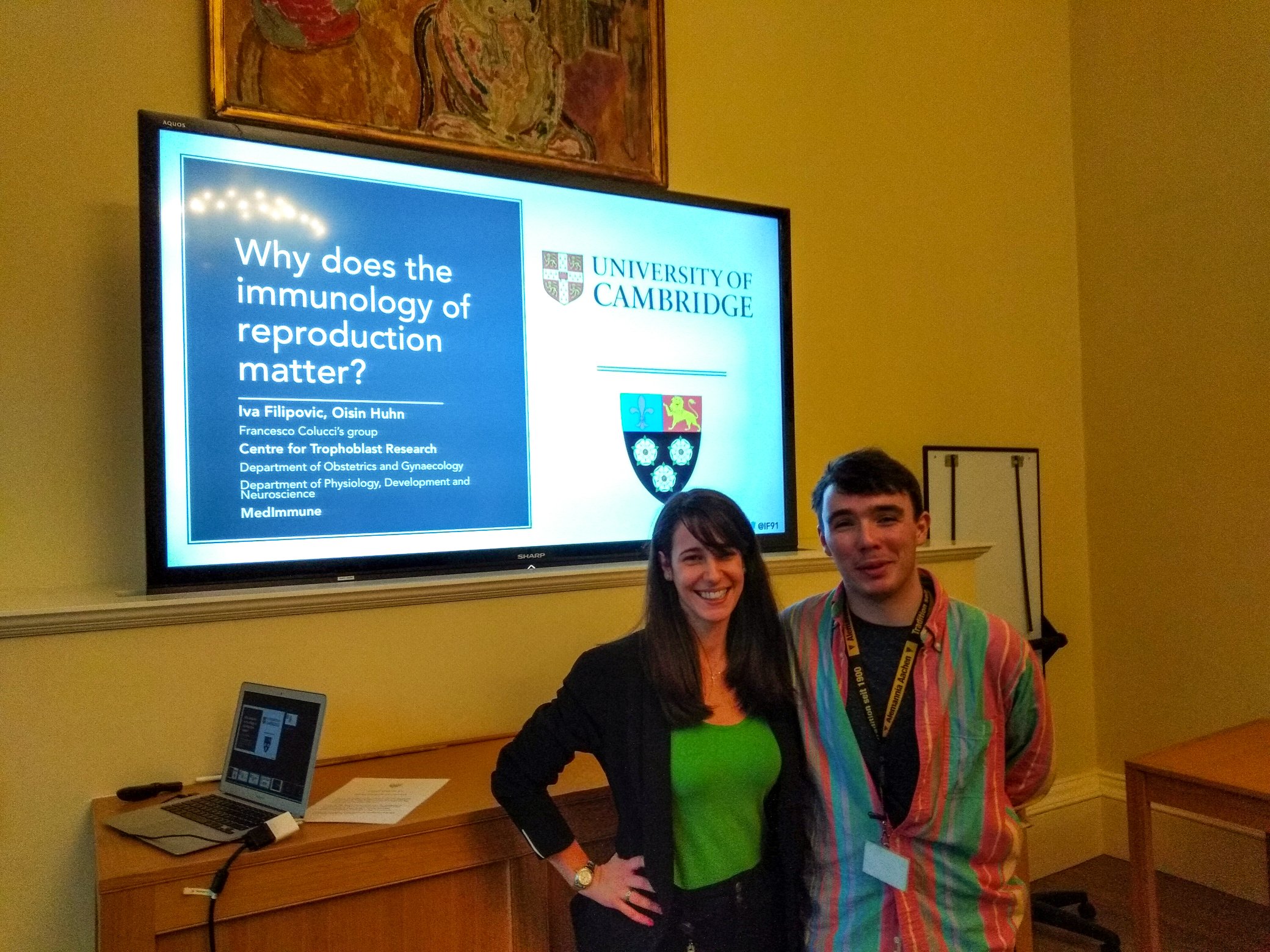 Oisín Huhn has been awarded the Milo Keynes Prize for his PhD thesis. 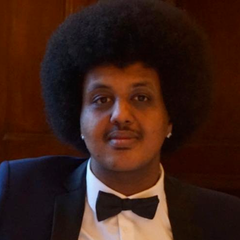 Eritrean student Henok Gheotom is now studying for an MPhil in Economics and Finance at King's.