As we have seen, one of the main characteristics of archives is that they are evidence of historically significant events. This means that when using archives, you have to think about how trustworthy these primary sources are.

In order to get the most out of archival research, you ought to be logical and methodical. You should also consider the context in which primary sources were created. If you remember the principles in this section, you will find your research more rewarding and be able to make informed decisions about whether to trust the records you use.

Think about a court case. The defence and the prosecution both present evidence to support their claims. It is the job of the jury to interpret that evidence and draw their own conclusions. There is often more than one perspective. When deciding on their verdict, they consider the validity of the evidence they have seen, as well as the context. Similarly, it is possible for different people to interpret archival documents in different ways. This is why it is important to think about authenticity and reliability.

Did You Know?
The College Archives at King’s College used to be known as the ‘Muniments’. This term means evidence of rights such as title or ownership.

A record is authentic if it is what it appears to be. If you can prove that a record was created by a certain person during the course of their work, it is likely to be authentic.

We have all heard of ‘fake’ paintings. The same principle applies to archives but records which are not authentic are not normally meant to deceive or defraud people in the same way. Just as we copy documents on a computer or photocopier, people used to copy them by hand. A copy of a lease, for example, is not authentic as a lease, but it is authentic as a copy of a lease. If it was carefully made, it may still be reliable.

Some authentic records might not be reliable. In most cases, records were created for a different purpose to that which researchers use them for. It can be good to reflect on the original purpose of a record and consider whether you believe it to be a true record of the events it describes. Questions you might want to think about include:

Do I trust this record?

Deciding whether or not to trust a record can be difficult, which is one reason that different people will often describe historical events in very different ways. When using archives, people need to interpret records and make such decisions as part of their own research.

A record may be authentic or reliable without being both, in which case you will often have to decide whether to trust it or not. Here are some challenging examples: 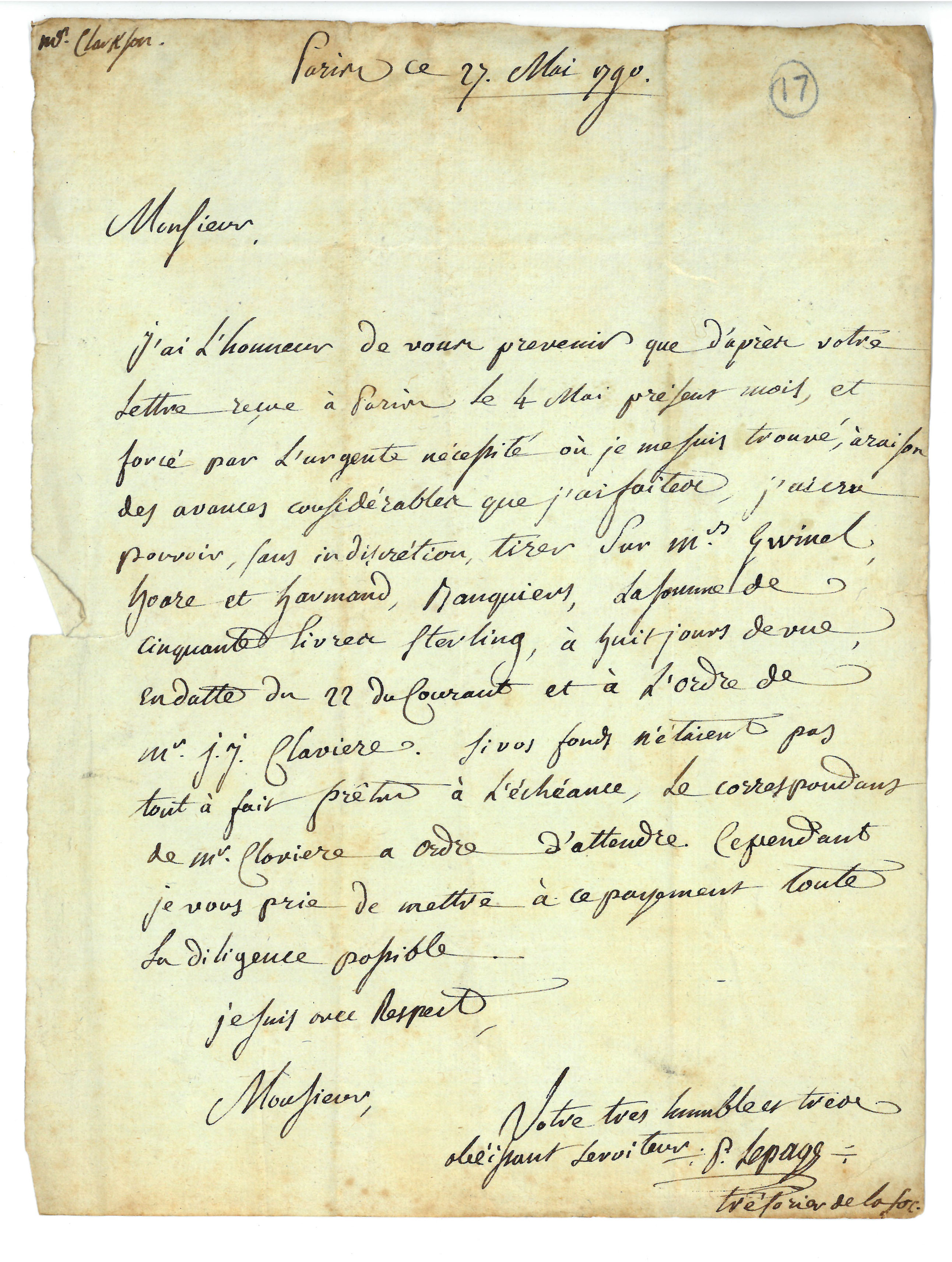 Diplomatics is the study of the characteristics of a particular type of document itself. By studying the form of a document, it is possible to judge whether it is a complete and authentic document.

The most obvious example of a ‘diplomatic’ feature of a document is a signature. Historically, seals were used in the way that we now use signatures. Anybody who did not have a seal and could not write would mark the document with a cross.

Take a look at the image on the right, concentrating on their form rather than their content. You can tell a lot about diplomatics without actually reading a document.

This document is written in French but even if you don’t have that language, you can easily tell it is a letter. We know this because there is an address at the very top, followed by a date and the name of the addressee. At the end, it has been signed, then there is a post-script. These are diplomatic features familiar to us as associated with letters.

Now look at the first of the letters below (dated July 1905). In this, Rupert Brooke uses fewer of the diplomatic features we associate with letters but we can still identify it as a letter, if only because it starts with ‘Dear St. John’ and ends with a signature. Brooke did not include the date, which was added in pencil by somebody else. It is also worth noting that Brooke starts the letter with an apology for using note paper, which suggests that there were conventions for the types of paper friends should use when writing to each other. Such conventions are diplomatic features.

In the case of the Royal Letters Patent below, Henry VI ensured that King’s College, Cambridge, received a certain amount of wine each year. Although it is written in the voice of Henry VI, and his seal indicates he approved it, it is hard to imagine a king actually putting pen to paper for such a document but easy to imagine King Henry VI approving this gift to the College which he had founded in 1441 and ordering the document to be drawn up. A scribe put his orders into the appropriate form of words, and then wrote them out.

Do I need to read it all?

When you write a message to a friend, you might cover several topics, perhaps giving each topic a heading or a new paragraph. The same is true of archival documents. If a document is very long, you might have to decide whether you need to read it all or whether you can identify the important parts.

For example, we all know that new paragraphs can indicate a change of topic within documents such as letters. Medieval document often include a summary of the document on the back or at the beginning, which means you can extract the most important information very quickly.

Remember, context is important when reading archives so you need to decide whether you will risk mis-interpreting something if you choose not to read it all.

Remember, archives are collections of related records, the interpretation of which requires context.

Provenance and original order are important because:

Provenance relates to the creator of a record and its history of ownership. Archivists avoid putting items together in the catalogue which are from different sources. Archival catalogues tend to include a description of the provenance of the collection.

You will often see a series of correspondence within collections of personal papers. These letters, postcards and telegrams would have been sent to that person from numerous writers. In this case, they share a provenance because they were all collected by the same person in the course of his business.

Provenance is one of the reasons that archives can’t be borrowed. Ideally, it should be possible to trace the ownership and custody (physical possession rather than ownership) of an archive since its creation. Knowing the owners/custodians allows you to judge whether anybody has altered it in any way, meaning that it is easier to tell if it is authentic.

Being owned by or in the custody of a repository is a good provenance because of the careful oversight of readers. The fact that access is only allowed under supervision makes it very unlikely that the document has been tampered with.

Original order simply means keeping things in the order which the person or institution whose archive they were originally kept them. This is important because certain records may have been kept together for a reason, even if it is not immediately obvious to you what that reason was.

Returning to the example of a series of correspondence, letters are usually kept with a different file for each person who wrote the letters. Within each file they are often in chronological order, starting with the earliest and finishing with the most recent.

Occasionally they don’t follow that order. This might be because the person whose letters they were sorted them by subject. If anybody rearranged those letters into chronological order, the contextual information provided by the original order would be lost.

Did You Know?
Before King’s College had archivists, its historical papers were looked after by the Bursary (the old term for the Accounts Department).