The special nature of King’s has been fostered over the centuries through the intimate bond between the extraordinary physical environment and a driving intellectual energy. Many of our buildings still serve their original purpose, but the life of the College is ever-changing and we need to create new spaces which bring our students and Fellows closer together, strengthening and enriching our society.

At the forefront of our building projects is our aspiration to completely transform Chetwynd Court. The north and east ranges of Chetwynd Court currently present a hodgepodge of poorly designed and tired function rooms, the result of incremental changes over the last 100 years. Above them are many students’ and Fellows’ rooms which are also in need of updating.

A project to redevelop Chetwynd Court will be truly transformational. A new lecture and performance theatre, multipurpose seminar and event rooms, new music rooms, a much-needed renovation of the bar, coffee shop and courtyard will open out the heart of the College and create a space in which the flow of people, ideas, conversations and connections can be liberated and fostered.

Redevelopment of the Court

Our desire is to rebuild much of the structure around Chetwynd Court, and to partially enclose the courtyard with a glazed roof. Recently developed designs include a new lecture and performance theatre, two multi-purpose seminar and event rooms, new music rooms, renovation of the bar, coffee shop, courtyard, and kitchen storage areas, and exterior cleaning and repair.

The elements of this project include:

The outcome of this project would be truly transformational: it would enlarge auditorium capacity, modernise student social activity areas, provide additional music practice and supervision rooms, and enable wheelchair accessibility. It would not only involve the refurbishment of 850 m2 of existing space, but also create approximately 825 m2 of new space, including a 200-seat multi-purpose facility for lectures, performances and conferencing activities.

Costs of the Project

Significant philanthropic donations towards the development bring the potential for naming opportunities in relation to the new auditorium and Court, as well as the possibility of adding a family crest to one of the blank shields in the College. Gifts of over £10,000 will be commemorated within the development.

The proposal to completely redesign these spaces – in fact returning many of the rooms to their original configuration – and to open out the heart of the College to a space in which the free flow of people, ideas, conversation may once again occur is not simply a building project. It is an initiative to re-make the College as a society or community: to facilitate the vertical integration of the various constituencies that co-reside in these spaces.

Buildings and their interior spaces are far from inert in relation to the socialities they sustain and create: if one moves around and tries to use degraded physical spaces the capacity for innovative, liberating, progressive thinking is diminished. The extraordinary plans Abel Nepp Architects have developed for the College will, for the first time, fix this extremely serious failure to meet contemporary building standards.

The design of a flexible, 200 seater auditorium will enable the college to work again: providing state of the art facilities for music and drama performance, workable large format lecture space, and an open ‘black box’ space in which to create and innovate - be such activity student sponsored, research directed, or organised by external agencies. The design will allow the use of the large format spaces, most especially the auditorium and its linked rooms, to take place concurrently with the spaces designed for internal use such as the coffee shop or bar. Where distinct and separate co-existence is deemed to be a good thing, it will occur. But equally, where the intermingling of people might also be determined to be good this will also be able to occur.

King’s has always been about breaking the mould: open, imaginative, willing to innovate and break new ground. These new spaces, in their outstandingly conceived and designed features, are the architectural expression of that openness. This is not something we would like to do, it is something we urgently have to do.

The site of inspiring supervisions and nerve-wracking interviews, the Gibbs Building is in urgent need of repair and renovation.
Read more

As well as preserving many rare treasures, the Library and Archives together serve the needs of students and senior members of the College.
Read more
Donor Form - UK and Worldwide
Donor Form - USA
Donor Form - Canada 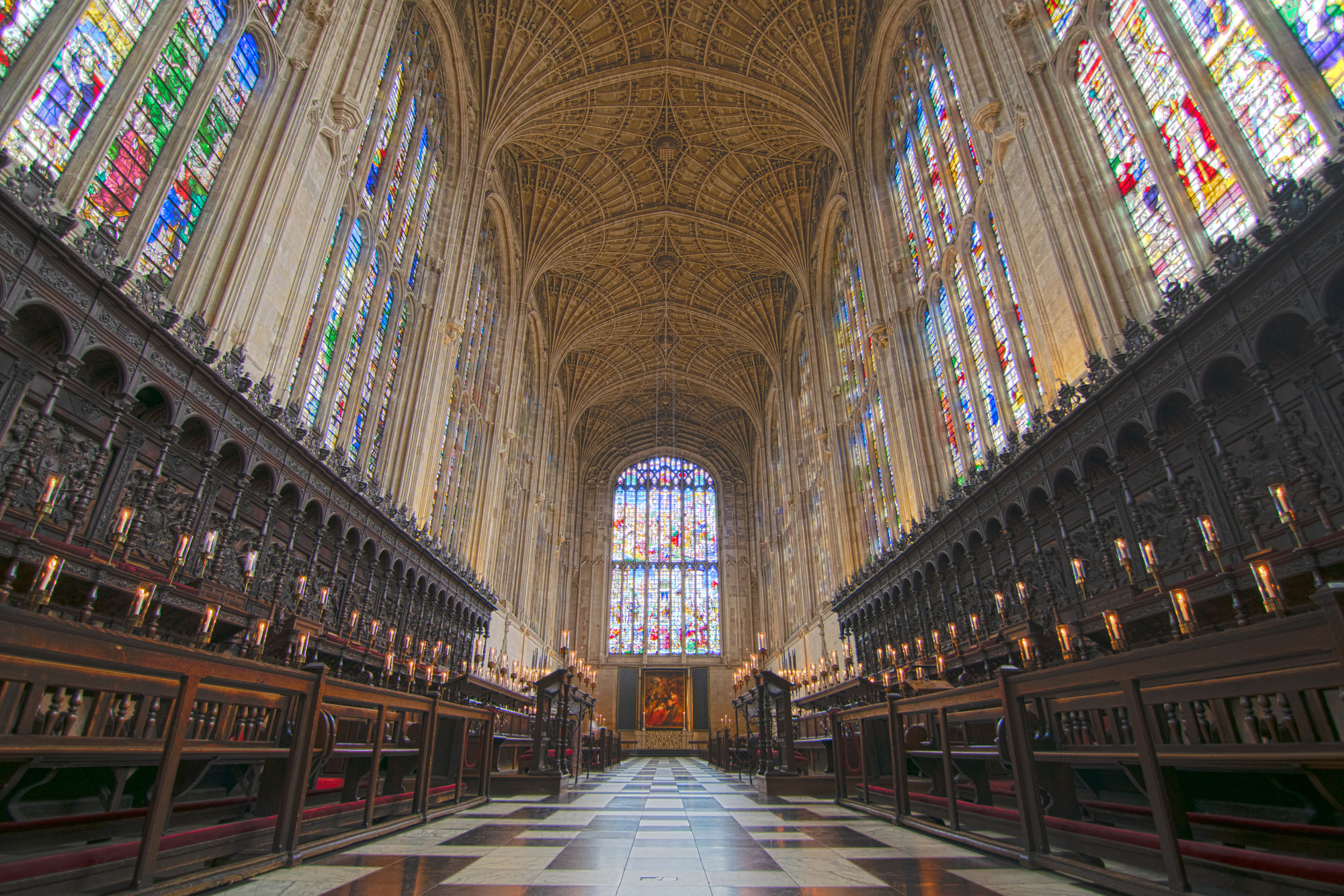 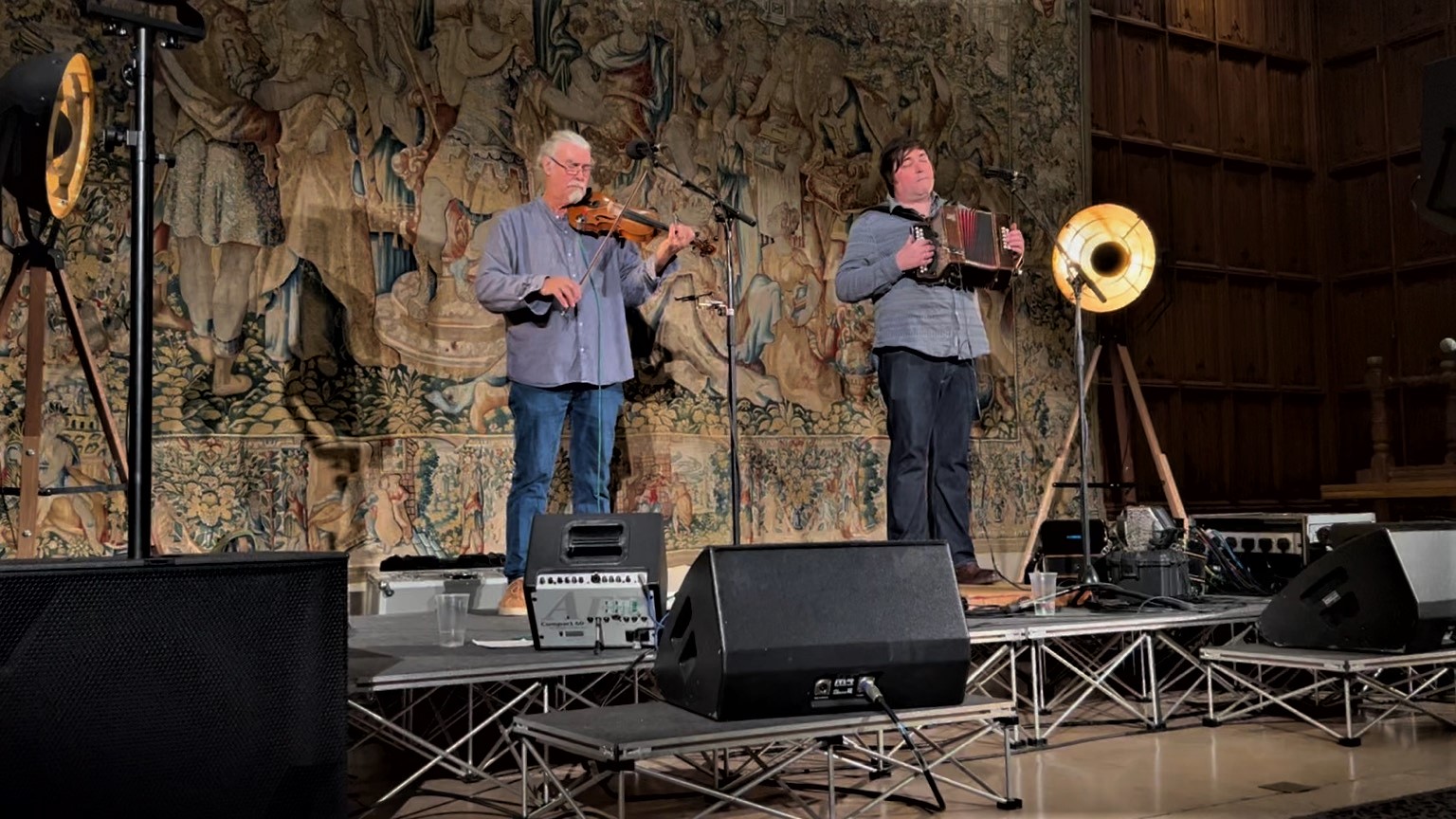 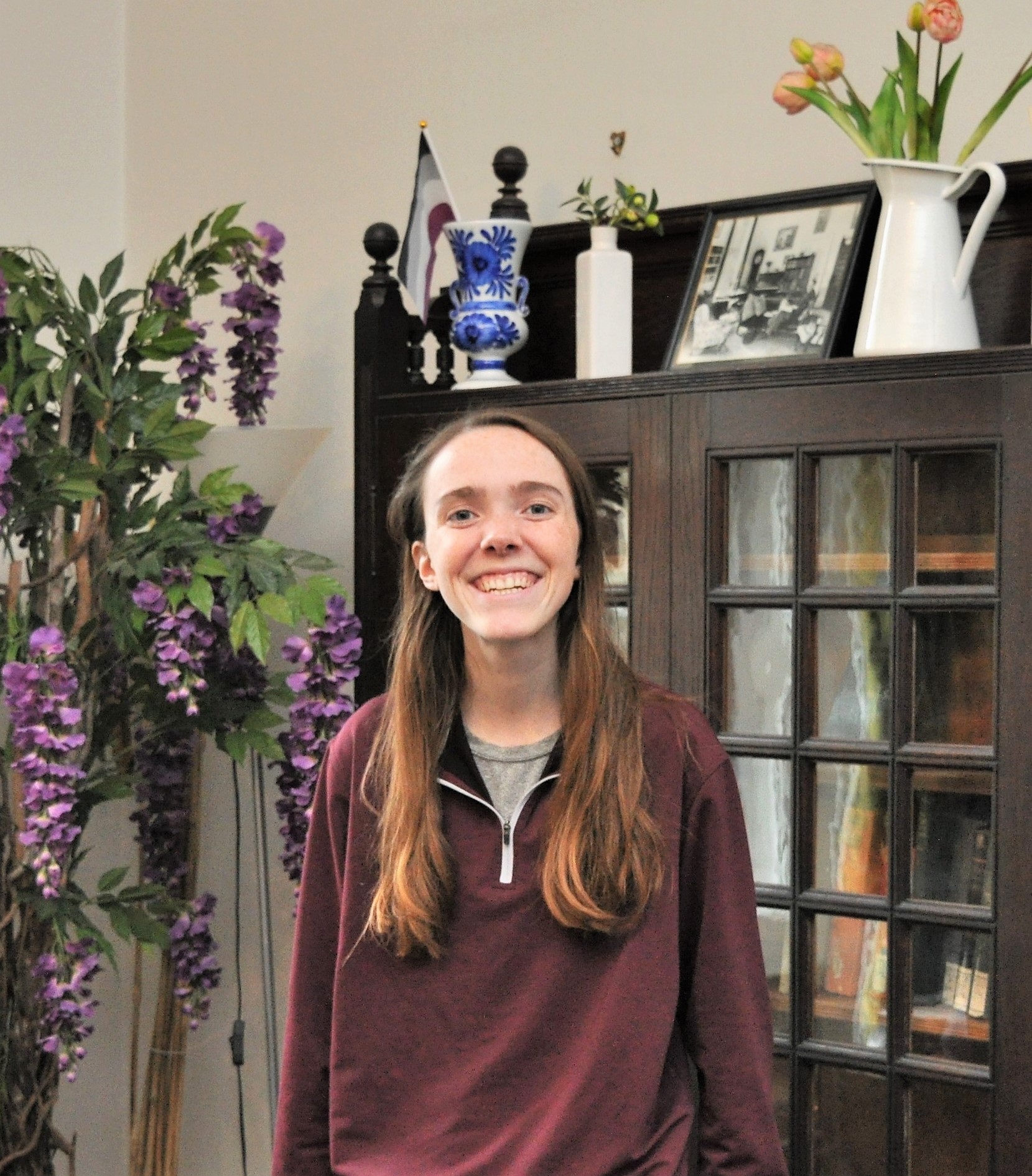 Katie is studying for her PhD in Engineering at King’s, supervised by Adrian Weller and supported by a Marshall Scholarship.

The two @kingscollegeboatclub women crews did fantastically well at last weekend's Winter Head to Head race - two lengths of 2,000m seems quite a distance, especially in the current weather conditions. 👏 #womenatkings 📷 by the Blues cox-turned-coach Dylan Whitaker.
294View original post5
Today we all feel a little like the ancient #quincetree in Bodley's Court - end of January and the cold snap continues... ❄️ #winterincambridge #cambridgecollegegardens
371View original post3
To mark the beginning of the #LunarNewYear - the #YearOfTheRabbit - the College Librarians have shared an excellent blog post on external link and the intriguing images of a rabbit in the stonework of the west door of the King’s Chapel. Happy New Year to all our members and friends celebrating! 📸 of the moonlit Chapel shared by Adriaan Olivier, stonework photographed by Anna.
570View original post5
Still very chilly out there, but a sunny day always brings out the social butterfly (or Canadian goose) in you! #winterincambridge #canadiangeese
298View original post3
The deadline to submit your entry is Monday 23 January. ⏳ Good luck in the competition! 👇 Find out more at external link
53View original post1
Start of Lent Term and all the daffodils are out already... is it us or does time just fly by? Good morning and welcome back! 😊
300View original post2
Only one week left left to submit your business idea and be part of this year's competition! The King's Entrepreneurship Prize is open to all King’s members, past and present. 👇 Find out more at external link
60View original post0
Hei Li is the fourth TPP Alan Turing scholar studying an MPhil in Advanced Computer Science at King's. His research interest is motivated by the following problem: How can we better reason about the correctness of software? Find out more about graduate study at King's on the College website - link in bio. @tpp_careers
221View original post0
Happy New Year to all and many congratulations to the four King's alumni who've been recognised in the New Year Honours 2023. Find out more and catch up on all things King's on the College website, under 'News' - link in bio. 📷 taken by Alice on a clearer evening not that many moons ago.
501View original post5
Wishing all our students, Fellows, staff, alumni and friends a restful break and all the best in 2023. We look forward to welcoming you back in the new year! ** 📻 Tune into 'A Festival of Nine Lessons and Carols' today at 3pm GMT on BBC Radio 4. In the US the service is broadcast by around 450 radio stations, including American Public Media and its affiliates such as Minnesota Public Radio and WNYC. 📺 Watch 'Carols from King's' on BBC Two at 6.55pm - available to download worldwide shortly thereafter from  external link
1348View original post12
On Christmas Eve the sound of the @kingscollegechoir will mark the beginning of the festive season for many around the world. Tune into 'A Festival of Nine Lessons and Carols' at 3pm GMT (10am EST, 7am PST) on BBC Radio 4. 'Carols from King's' will be on BBC Two at 6.55pm. Find more information and the orders of service on the College website, under 'Chapel'. Merry Christmas from all at King's! 🎄 📷 Christmas 1964, featuring Roy Goodman
251View original post2
The sun is shining over a #frozenriver Cam. For the first time in forever, we are looking forward to Monday, when it will all be back to 'wet but mild'...
984View original post5