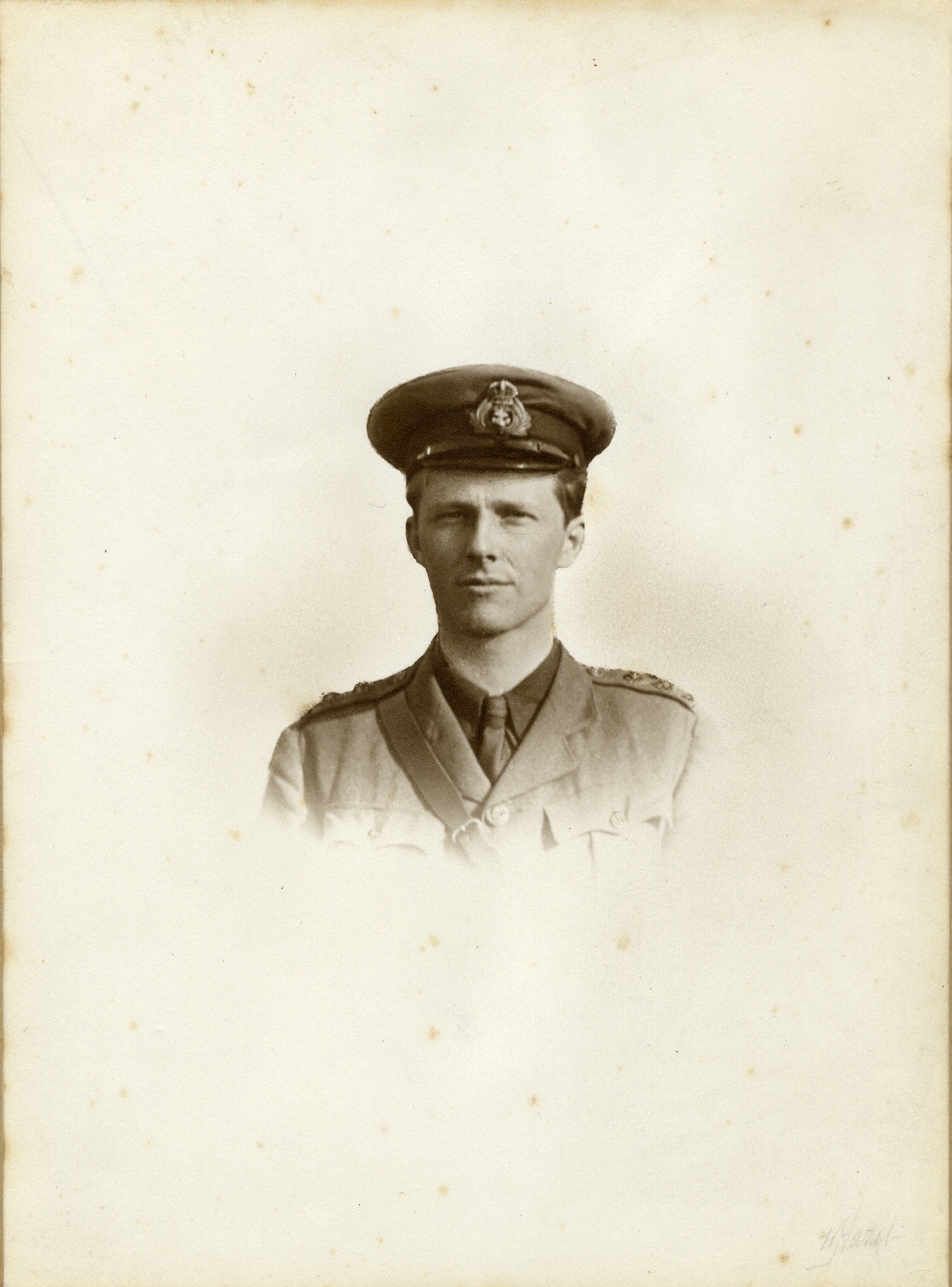 The Soldier is one of the most famous poems ever written on the subject of war. The poem is often considered in isolation but is in fact one of five sonnets Brooke wrote on themes surrounding war, published as ‘1914’.

If I should die, think only this of me:
That there's some corner of a foreign field
That is for ever England. There shall be
In that rich earth a richer dust concealed;
A dust whom England bore, shaped, made aware,
Gave, once, her flowers to love, her ways to roam,
A body of England's, breathing English air,
Washed by the rivers, blest by suns of home.

And think, this heart, all evil shed away,
A pulse in the eternal mind, no less
Gives somewhere back the thoughts by England given;
Her sights and sounds; dreams happy as her day;
And laughter, learnt of friends; and gentleness,
In hearts at peace, under an English heaven.

While at Rugby School, Rupert Brooke and his friend Geoffrey Keynes were both members of the Rugby School Rifle Corps, School Field Group.

On 20 August 1905, Rupert Brooke wrote a letter to his friend James Strachey, in which Brooke gave the following answer to Strachey’s question ‘Are you in favour of War at any Price?’:

Certainly I approve of War at any Price. It kills off the unnecessary.

In 1905, Brooke was only 18 years old and could not have foreseen the tragedy of the First World War.

When war was announced in 1914, Brooke had just returned from travelling in America and the South Seas. He was keen to enlist but this eagerness was not met with a commission for some time. Geoffrey Keynes has suggested that Brooke was jealous of him for getting commissioned first.

In September 1914, Brooke received a commission as a Sub-Lieutenant in the Hood Battalion of the Royal Naval Division.  Thereafter he served at Antwerp, trained for a winter at Blandford Camp and then joined the Mediterranean Expeditionary Force in February of 1915.  During this expedition, he was able to enjoy a short visit to Egypt. He died on the following 23 April, the victim in succession of sunstroke and blood poisoning. In accordance with military tradition he was buried close to where he fell. He died on a French hospital ship and was buried in an olive grove on the island of Skyros, in Greece.

It is easy to forget that the poems you read in a book were often the result of exhaustive contemplation and redrafting. One can tell a lot about a poet’s methods of working by looking at their drafts in archive or special collections.

The following items were written in 1914 and are taken from an album of manuscript poems (Archive Centre, King’s College, Cambridge. RCB/V/1, ff.15-17).

Brooke’s Popularity Before His Death

It is easy to forget that Rupert Brooke was popular before he died. His popularity was such that Dean Inge quoted Rupert Brooke's poem The Soldier in the sermon preached in St Paul's on Easter Day [4 Apr.] 1915.

Brooke’s Popularity Before His Death (continued)

When answering these questions, consider what additional sources you would use to explore the subject more thoroughly

Take a look at The First World War Digital Archive, paying particular attention to ‘The Collections’ pages. Do you think Rupert Brooke’s experience of the Great War had been different to that of other poets such as Wilfred Owen and Siegfried Sassoon?