The King’s Entrepreneurship Prize aims to encourage King’s Members in developing entrepreneurial ideas and concepts, where creativity and knowhow can be converted into sustainable commercial and social benefit. Recent winners have included healthcare, engineering, media and agricultural projects in the UK and overseas.

The first prize is for £20,000, the second prize £10,000 and the third prize £5,000.  In addition, the panel of judges offers feedback on request to all competitors, and mentorship and funding advice to those who reach the shortlist.

In the first stage of the competition, entrants provide one-page summaries of an entrepreneurship project.  Approximately one quarter will be selected for the long list; these will receive a grant of £100 and invited to submit four supplementary pages of information and analysis. A shortlist of finalists will then be chosen and asked to present a comprehensive business plan in person to an expert panel of judges.

This is an annual prize, open to all King’s Members – current students and alumni. Entrants may be individuals or a team –  we just ask that the team leader is a King’s Member.

The King’s College Entrepreneurship Prize competition will open for applications during December 2019.

The Entrepreneurship Prize competition will be advertised online on the King’s College website, plus on noticeboards around King’s. King’s Members will be contacted by email about it.

Stage one: submission of a one-page Business Idea

Grants of up to £100 will be awarded for the best business ideas that are long-listed to stage two.

If you would like any further information, please email enterprise@kings.cam.ac.uk

The judges of the 2020 Entrepreneurship Competition are as follows:

Jonathan Adams (KC 1986, Economics)
Jonathan has been a Sector Portfolio Manager at Investec Asset Management since 2006; previously at Citigroup, he has over 17 years experience in asset management. Prior to that, he led European Wireless research at JPMorgan having worked in advisory roles in the telecommunications sector. Jonathan has also been an angel investor for many years, but more recently he has focussed his efforts on companies delivering social impact and is a founding member of the Clearly Social Angels Network, the UK’s largest impact investor group. In addition he is a member of the Admissions Panel of the Social Stock Exchange. Furthermore, Jonathan is a trustee of the Irene Taylor Trust, which promotes music in prisons to break the cycle of reoffending and a member of the Finance Committee of the Wates Foundation. He has an M.P.A from Princeton University where he was a Woodrow Wilson Fellow.

Mike Bate (KC 1991, Developmental Biology)
Fellow of King’s and Emeritus Professor of developmental biology in the University Department of Zoology. His research is concerned with the way in which the machinery underlying coordinated movement is genetically specified and assembled during embryonic development.

Gemma Chandratillake (KC 1997, Natural Sciences)
Trained as a molecular geneticist and Genetic Counselor, Gemma was an early employee of the Stanford spinout company Personalis, where she developed a clinical genomic sequencing test for the diagnosis of individuals with rare disease. Since moving back to the UK, Gemma has focused on healthcare professional education in genomics; she is the Course Director for the Masters programme in Genomic Medicine at the University and the Education & Training Lead for the East Midlands and East of England Genomic Laboratory Hub. Chair of the Board of Trustees of the Cambridge Rare Disease Network, Gemma is passionate about the potential of genomics to improve healthcare, and works creatively to facilitate the mainstreaming of genomics within the NHS.

Hermann Hauser KBE (KC 1973, Physics)
An Honorary Fellow of King's, Hermann is an entrepreneur and venture capitalist who has been described as a "grandee of the British computing industry" (The Engineer, 11/03/2013). He has founded several companies including Acorn Computers (and a spin-out company ARM Holdings), Active Book Company, Virata, Net Products, NetChannel and Cambridge Network Ltd. In 1997 he co-founded Amadeus Capital Partners, an investment firm. He is a Fellow of the Royal Society of Chemistry, the Institute of Physics, the Royal Society and of the Royal Academy of Engineering, and was awarded an Honorary CBE for ‘innovative service to the UK enterprise sector’ in 2001 and a KBE in 2016. Hermann was awarded an MA in Physics by Vienna University; he took his PhD in Physics at Cambridge and in addition holds honorary degrees from several institutions. From 2013 to 2016 he was a Development Board member.

Lorraine Headen (KC 2016)
Fellow and Director of Development. Formerly Senior Associate Director (Principal Gifts) at Cambridge University, and prior to that Lorraine worked in fundraising for a variety of institutions including both Kent and Durham universities.

Stuart Lyons CBE (KC 1962, Classics)
Fellow Commoner of King’s. Stuart has been a business leader in the consumer product, retail and service industries, and was awarded a CBE for services to the china industry. His public roles include chairmanship of the British Ceramic Confederation and the West Midlands Development Agency, and membership of the Monopolies & Mergers Commission. He has an LLB degree from the Open University, an honorary DLitt from Keele University and is a graduate of the Advanced Management Program at Wharton, USA. He chaired the King’s College Development Board from 2010-13.

Gerard Mizrahi (KC 1970, Economics)
Managing partner and chief executive of Charles Street Securities Europe LLP, a private investment firm which he founded in 1984. The firm specialises in the financing of early stage growth companies and manages the CSS Alpha Fund. He has had an extensive career in investment banking and private equity investing and at the beginning of his career Gerard was employed by the Chase Manhattan Bank from 1973 to 1983 in the bank's international, institutional and investment banking departments.

Michael Proctor (KC 2013, Applied Mathematics)
Provost of King’s College since 2013, after 39 years as a Fellow of Trinity College, where he was successively Tutor, Dean and Vice-Master. After two years on the faculty of MIT in the mid-seventies, he returned to Cambridge in 1977 as a university lecturer. Until his retirement in 2017, he was the Professor of Astrophysical Fluid Dynamics in the Department of Applied Mathematics and Theoretical Physics. He has been a Fellow of the Royal Society since 2006.  His research is concerned with the generation and dynamics of magnetic fields in the sun and other astrophysical bodies.

Adrian Suggett (KC 1985, Electrical Sciences)
Co-founder and Director of Acano, which united previously incompatible audio, video and web technologies; it was bought by Cisco in late 2015. He was previously employed by Tandberg, a manufacturer of videoconferencing systems, which was also acquired by Cisco Systems. Since 2017 Adrian has been a business angel and serves on the boards of several technology companies either as a director or advisor.

Shailendra Vyakarnam (MBA and PhD Cranfield), Associate of the Senior Combination Room at King's
Shai has been an enterprise educator and mentor for 30 years. He was founding director of the Centre for Entrepreneurial Learning at the Judge Business School. He has been a pioneer in developing education for entrepreneurship and many of his courses and methods are extensively copied and developed by Universities and Institutions around the world. He is passionate about science and technology based new venture creation and scale ups and has recently co-authored two books on the topic. Shai has also founded several companies and actively mentored dozens of young businesses. His current project is to develop a Cambridge Innovation History Group to create an archive of evidence of all the innovation that has arisen in and from Cambridge since 1881, enabling future research and publications. He continues his affiliation with Cranfield as a Visiting Professor of Entrepreneurship.

Sarah Wood OBE (KC 1992, English)
Following an academic career, Sarah Wood co-founded Unruly in 2006, scaling a global video advertising marketplace that was acquired by News Corp in 2015. A former board member of Superdry plc, she currently sits on the boards of Tech Nation and City Ventures, and is an ambassador for The Prince's Trust Women Supporting Women Programme. Sarah has been named Veuve Clicquot Businesswoman of the Year, City AM Entrepreneur of the Year, and has been awarded an OBE for services to technology and innovation. Sarah is also an active angel investor in the tech and wellbeing space, and author of best-selling career handbook Stepping Up: How to Accelerate Your Leadership Potential, which calls for more diverse and empathetic business leaders.

By 28 February 2020
Entrants notified whether or not their Business Idea has made the longlist.

From this point in the competition, and in light of the current coronavirus (COVID-19) situation and associated restrictions, the Entrepreneurship Panel appreciates that it will not be possible for the previously advertised competition schedule to apply. Those who have been long-listed in the competition will be kept informed of key dates as and when they are decided.

By 11 June 2020* (revised date)
9am deadline for submission of supplementary information (4 pages).

By TBC
Longlisted entrants notified whether or not they have been shortlisted.

Shortlist invited to prepare a full Business Plan to present to the Entrepreneurship Panel during June 2020.

TBC
The Lyons Den: presentation of Business Plans to the Entrepreneurship Panel

By TBC:
Winners to send in a general follow-up statement

By TBC:
Winners to send through a 6-month progress update statement

By TBC:
Winners to send through an 18-month progress update statement

The deadline for the competition entries has been extended to 9am on 23 January 2020.

Your one-page Business Idea, plus the competition entry form (see below), should be sent to Amy Ingle in the King's College Development Office. You can submit your entry in two ways:

Please ensure that you have read the competition guidelines before submitting your entry to the Entrepreneurship Competition.

Good luck in the competition!

Find King's graduates in your area, make connections with alumni in your industry, and find out about our Entrepreneurship Competition.
Read more

Events for Members and Friends 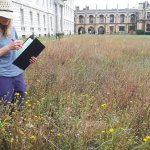 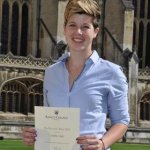