Skip to main content
Home » Digitalweek » What's Next for King's?

What's Next for King's?

More Events
What's Next for King's?
1 year ago 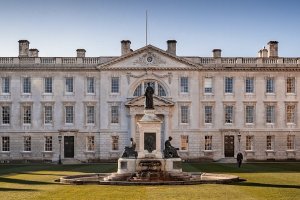 Hear the Provost, Professor Michael Proctor, the First Bursar, Dr Keith Carne and the Senior Tutor, Dr Tim Flack, along with a current student, talk about what’s been happening in the College over the past months and what the plans are for the year ahead.

The King’s Campaign is nearing its target of £100 million and its impact can increasingly be seen in our access programmes and the greater levels of support we are able to give students once they are here. There is a new focus on entrepreneurship and innovation, with the launch of initiatives such as the King’s Entrepreneurship Lab. We will be marking the 50th anniversary of the admission of women to the College as undergraduate students this year - a landmark decision in 1972, but many inequalities in education remain and King’s is committed to addressing them. There are new building projects underway, and the wildflower meadow comes into its third year, with more being learnt about the biodiversity benefits it brings.

And the College is preparing for change, as both the First Bursar and the Senior Tutor look to come to the end of their time in post later this year and the Provost in 2023.

There’s a lot going on, and this is a unique opportunity to hear about the College’s successes and challenges as we head into 2022.