Current Research in the King’s Community 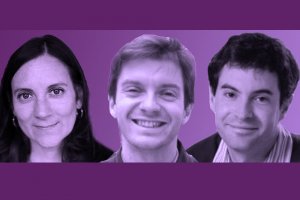 In this event three Fellows present their research for 15 minutes each, followed by questions. This session is moderated by Professor Nicholas Marston, Vice-Provost.

In an effort to prevent corruption, money laundering, tax evasion and a wide range of other serious financial crimes, global rules mandate that banks must determine the real identity of those behind companies holding accounts. Yet whether or not these rules actually work, whether in practice banks do establish the identity of those in control of corporate accounts, is essentially unknown. Together with two co-authors, over the last ten years Jason have been working on a massive "mystery shopping" exercise in which we impersonate a range of would-be money launderers and corrupt officials in making thousands of solicitations for prohibited untraceable companies and bank accounts. The logic of the study is that to find out if rules work, we should try to break them and see what happens.

How did the key Roman values of urban civilisation and villa culture change after the Fall of Rome? Why did St Augustine and other Church Fathers hate flowers? Archaeology makes clear that in the period of the so-called Dark Ages, the cities of the ancient world were smaller, less monumental, and muddier than they had been, but using medieval documents and texts, we can see that cities made possible new social forms. Unlike in previous centuries, people grew their own food in gardens attached to their houses or built in the remains of derelict temples or baths. These veg patches and small orchards were essential to putting food on the table, but they were also new tools for social alliances, between rulers and supporters and between the faithful and religious communities. In her talk, Caroline Goodson will reconstruct city life in Early Medieval Italy from the ground up – literally – by examining how, where, and who had gardens, what they grew there, and what they did with them.

Whose Lab Is It Anyway? Improvisation in Science and Science Communication
Dr James Dolan

For the last two decades, scientists have been asked not only to communicate more, but to communicate better—to enter into dialogue with the public, not to educate them. Dialogue means the ability to listen, and the willingness to change one's attitudes and behaviours in response to what one hears. This "dialogic turn" in science communication finds a new and unlikely ally in improvised comedy with the trained improvisor demonstrating all of the skills which we might hope the enlightened scientist to exhibit. In this talk, James will therefore tease out this unexpected connection between improvisation, science, and science communication, and will explain how we are beginning to explore "science improv" in Cambridge and at King's.