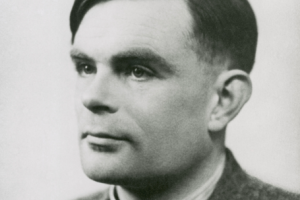 Abstract: The dream of an artificial general intelligence (AGI) that will share our values, solve our hardest problems, and benefit all of humanity is very slowly becoming a reality, owing to advances in data science and machine learning as well as the ever-increasing speed and efficiency of computers. In this talk I will describe the horizons of modern AGI research and identify some early successes as well as risks, particularly with respect to scientific breakthroughs. Weather forecasting, plasma stabilisation for nuclear fusion, and deciphering of ancient texts—these are some areas where breakthroughs have emerged from partnerships with AI scientists. As we get closer to AGI I believe that the technology will be increasingly general, adaptable, and interactive, bringing opportunities and benefits to people everywhere, in both their personal and work life.

Raia Hadsell is the Director of Robotics at DeepMind. She holds an appointment at UCL and is an ELLIS fellow. She is on the executive board of ICLR, CoRL, and WiML (Women in Machine Learning), a founding organizer of Neuroscience for AI Systems (NAISys), and is on the CIFAR Brains and Machines Advisory Board. She has served as a senior area chair or area chair of ICML, NeurIPS, ICLR, CoRL, and AAAI in recent years, and is the Program Chair for NeurIPS in 2020. Dr. Hadsell joined DeepMind in 2014 to pursue new solutions for artificial general intelligence. Her research focuses on the challenge of continual learning for AI agents and robots, and she has proposed neural approaches such as policy distillation, progressive nets, and elastic weight consolidation to solve the problem of catastrophic forgetting.