Rupert Brooke was born on 3 August 1887. His parents, William Parker Brooke and Mary Ruth Cotterill met at Fettes College, a public school in Edinburgh. W. P. Brooke was a master at School House, while Mary Ruth Cotterill was matron at Glencorse, another house at the school. They married on 18 December 1879. Brooke had to resign when they married because there was no accommodation there for married masters.

This led them to move to Rugby, where ‘Willie’, as Rupert’s father was known by the family, became Master of School Field House a month later. This was one of the houses which formed Rugby school, an independent school founded in 1567.

While many of his friends will have lived away from home, Rupert Brooke must have had a very different experience of school life. Like many boys, he took part in sports like rugby, football and cricket, representing his house and school. However, the fact that his father was Master of School Field House, where Rupert lived, meant that he did not live away from his parents until he went up to Cambridge. It has been suggested that this led him to grow his hair and dress distinctively, as almost an act of rebellion.

Rupert Brooke’s mother was a rather dominant figure in his life, at least in his youth. It is difficult to know how close he was to his father because little correspondence between them remains in the Brooke archives. 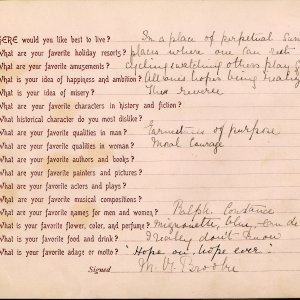 Mary Ruth Brooke’s answers to a questionnaire Rupert asked her to complete in 1900. [RCB/M/2] 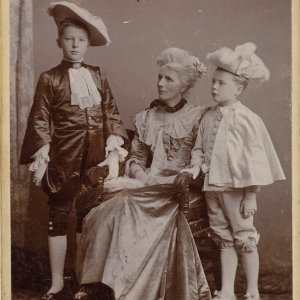 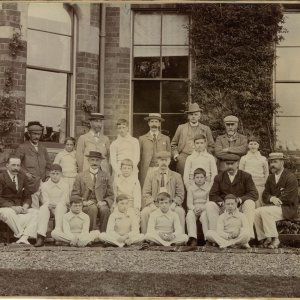 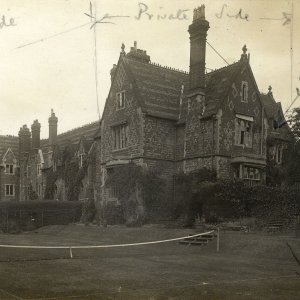 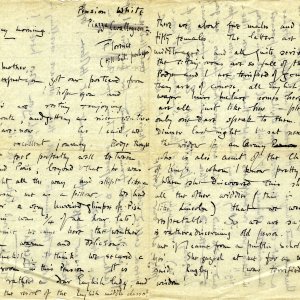 Letter sent by Rupert Brooke to his mother while on holiday in Italy with his brother Alfred in 1907. [RCB/L/6/3]

Rupert Brooke was one of three brothers. His older brother, Richard, sometimes referred to as ‘Dick’, was born in 1881. Rupert’s mother gave birth to a daughter but he was never to meet her, as she died in infancy. Rupert was born on 3 August 1887. His younger brother, Alfred, or ‘Podge’ to his family, was born in 1891.

The range in their ages was possibly reflected in their interests and their relationships. Rupert and Alfred were close but Rupert seemed to look up to Richard. On Rupert’s first day at Hillbrow, Richard had to help him across the road. Inevitably, Richard was the first to leave home. When he was older, Rupert met up with Richard in London whenever he could. Rupert was also close to Alfred though and went on holiday with him.

On 13 January 1907, Richard, who had been working for a firm of engineers, died of pneumonia. Rupert, who was due to return to Cambridge, must have found this hard. He offered to stay in Rugby and help his parents but they insisted he return to his studies.

World War One was particularly cruel to Mary Ruth Brooke, who lost both of her remaining sons. Rupert died of blood poisoning on 23 April 1915, while serving in the Royal Naval division. Alfred Brooke served as a lieutenant in the Post Office Rifles and died in France on 14 June 1915. 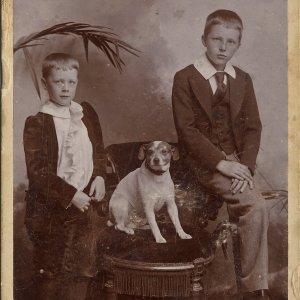 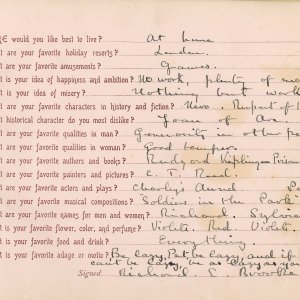 Richard Brooke’s answers to the questionnaire booklet, completed in 1900. [RCB/M/2] 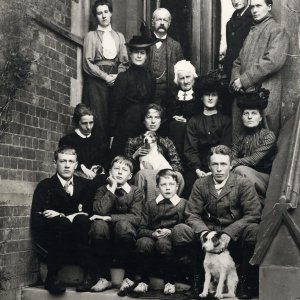 Group photograph of the Brooke and Cotterill families. Richard, Rupert and Alfred Brooke are at the left of the front row, Mary Ruth Brooke is at the left on the second row and William Parker Brooke is in the centre of the back. [RCB/Ph/9]
Transcript of Richard Brooke’s answers to the questionnaire booklet, completed in 1900. [RCB/M/2]

Rupert Brooke’s father, William Parker Brooke, had been one of six siblings. Rupert’s uncle Alan England Brooke was Dean at King’s College while Rupert was a student and went on to be Provost of the College. Two of Rupert’s aunts, Lizzie and Fanny remained unmarried and lived with their father Richard England Brooke, retired Rector of the Abbey at Bath, in a house called Grantchester Dean, in Bournemouth.

Rupert’s Aunt Fanny (F.M. Brooke) may have influenced his early interests. She did this through gifts, whether literary, religious or merely for amusement. As a child, he was grateful for these gifts, however they appear to have grown apart as he grew up.

Rupert saw his Aunt Fanny as ‘evangelical’. On 3 February 1906, Rupert wrote to his friend Geoffrey Keynes saying that at the age of eight he had almost been lynched for saying that he had ‘deserted the Church of England for Christianity’ and that at the age of eighteen he was ‘deserting ‘Christianity’ for the teaching of Christ’. Their differing views on Christianity seem to have caused tension between Rupert and his Aunt Fanny.

In his late teens, Brooke took a great interest in Socialism. He joined the Fabian Society and in 1909 he toured the South of England with his friend Dudley Ward campaigning for Poor Law reform. For fear of being recognised by his Aunt Fanny, they travelled through Bournemouth in disguise. This would not be the only time Rupert tried to avoid his Aunt Fanny.

When Rupert’s father died in 1910, he had to return to Rugby and teach there for a term. He wrote to his friend Jacques Raverat inviting him to visit. It seems his Aunt Fanny was also there. Brooke described her as venomous but said they could avoid her by spending time in his room. 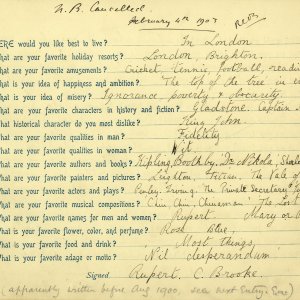 Rupert Brooke was given this questionnaire by his Aunt Fanny on the occasion of his thirteenth birthday. [RCB/M/2] 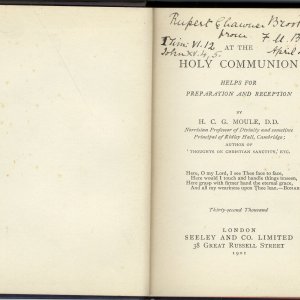 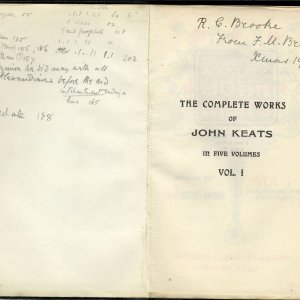 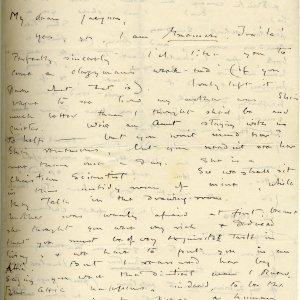 First page of a letter from Rupert Brooke to Jacques Raverat on 1 March 1910. [RCB/L/3] 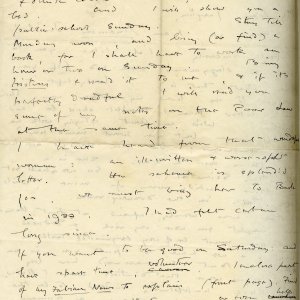 Guidance for teachers and parents on how this introductory resource may be used in the classroom or beyond.
Read more
Janus: The Papers of Rupert Chawner Brooke