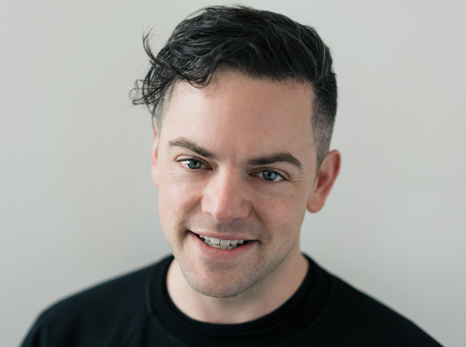 ‘The Street’ is a major new work by Nico Muhly inspired by the iconography and story of Christ’s crucifixion as depicted in the 14 Stations of the Cross. Commissioned by King's College, the work is interwoven with plainchant and meditations by Alice Goodman.

Parker Ramsay, a former organ scholar of King’s College, has forged a career as a solo harpist and performs the world premiere of this new work from Muhly with the Choral Scholars of King's College. He is joined by acclaimed actress Rosie Hilal, who reads the meditations by Alice Goodman, the famed librettist for John Adams’ operas Nixon in China and The Death of Klinghoffer.

The Easter at King’s box office this year is being managed by Cambridge Music Festival. All sales are online (except in-person sales 30 minutes before each concert). Tickets are not available at King’s College Visitor Centre.

Please email info@cambridgemusicfestival.co.uk with any queries and with requests for wheelchair user spaces.

Covid-19 Measures
At the time of going to press, King’s College policy is to ask all concert-goers to wear a mask. There will be no social distancing within the Chapel.

Easter at King’s is an annual festival of services, concerts and talks in the College over Holy Week and Easter.
Read more