Launch of the Entrepreneurship Lab 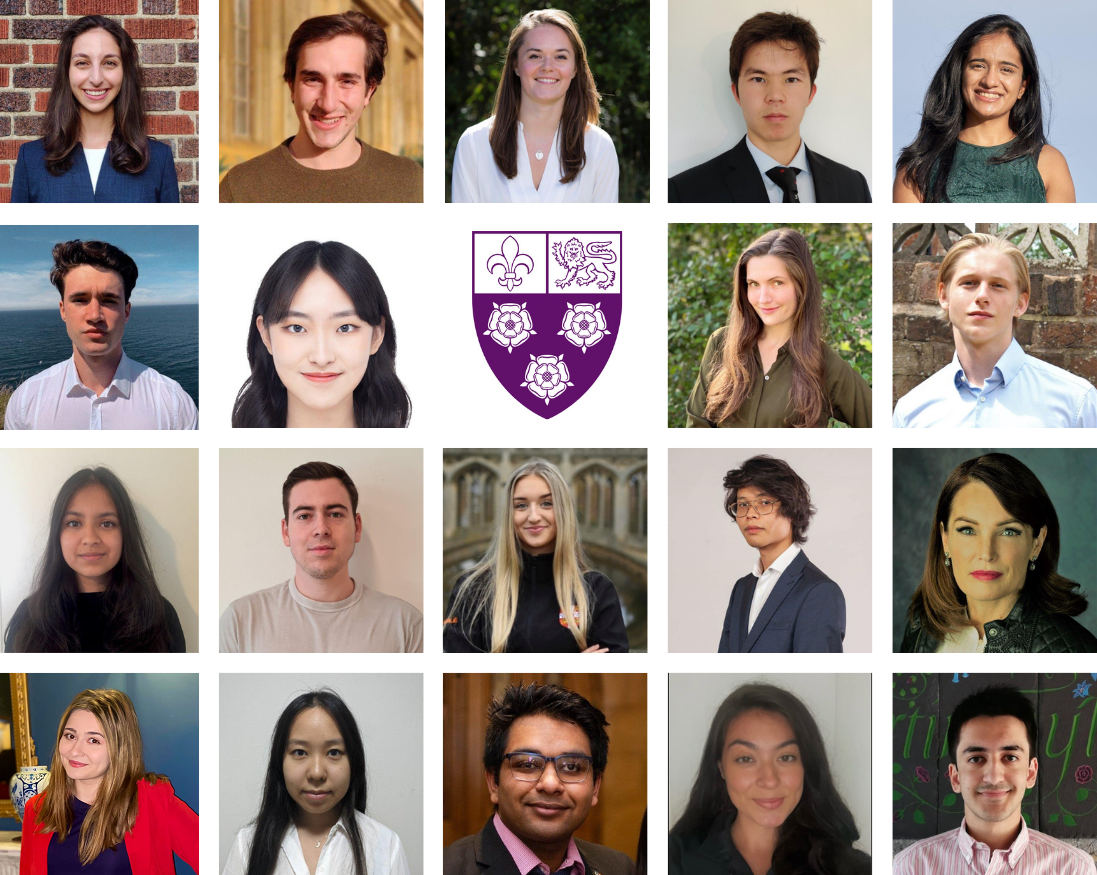 Thanks to a generous donation, King's College has established The King’s Entrepreneurship Lab to equip students with entrepreneurial skills and support those wishing to explore a career path in innovation, entrepreneurship and business. With an emphasis on developing sustainable and ethical projects with a positive social and environmental impact, the Lab's activities will encompass a year-long programme for King’s students including an intensive week before the academic year, an Entrepreneur-in-Residence scheme, a monthly webinar series, visiting mentors, and much more.

We are launching the King’s Entrepreneurship Lab (E-Lab) at 14.30 on the 26th September 2021 and are delighted to invite you to a panel discussion with Michael Proctor (Provost, King’s College, Cambridge), Gemma Chandratillake (KC 1997), Malcolm McKenzie (Chair of the Lab Advisory Board, KC 1977), Andy Neely (Pro-Vice-Chancellor: Enterprise and Business Relations, University of Cambridge), and Sarah Wood (KC 1992) on: "The Role of Business in Addressing Global Crises and Societal Change".

We will also introduce you to the ten undergraduate and nine postgraduate students – from a wide range of subjects including computer science, politics, genetics, and economics –  who will form the inaugural cohort of the Entrepreneurship Lab programme at King’s, set to get under way on the 27th of September.

Register for this event

Michael Proctor was a Wrangler at Trinity College, Cambridge, going on to become a Fellow, Tutor and Dean, and most recently Vice Master in 2006. In 2013 he was elected Provost of King’s College and, until his retirement from the Chair, was Professor of Astrophysical Fluid Dynamics in the Department of Mathematics and Theoretical Physics. His research is principally concerned with the generation of magnetic fields on the Sun, and their interaction with solar convection. He was elected to the Royal Society in 2006.

Trained as a molecular geneticist and Genetic Counselor, Gemma was an early employee of the Stanford spinout company Personalis, where she developed a clinical genomic sequencing test for the diagnosis of individuals with rare disease. Since moving back to the UK, Gemma has focused on healthcare professional education in genomics; she is the Course Director for the Masters programme in Genomic Medicine at the University and the Education & Training Lead for NHS East Genomics. Chair of the Board of Trustees of the Cambridge Rare Disease Network, and Chair-Elect of The British Society for Genetic Medicine, Gemma is passionate about the potential of genomics to improve healthcare, and works creatively to facilitate the mainstreaming of genomics within the NHS.

He brings 30 years’ experience in advising senior management and boards on improving top-and bottom-line performance, and has completed over 70 cost reduction, transformation, activist-induced change, merger and acquisition, and carve-out engagements across corporate and private equity owned businesses. He is heavily involved in helping companies respond to Activists. Malcolm has served on several boards and worked with Chairmen and Boards of Directors on evaluating and improving board and company performance. He has also led a series of research programmes into Board leadership.

Prior to joining A&M, Malcolm was a partner in a number of major consultancies including Ernst & Young and Cap Gemini, and he founded and led a JV consultancy with Robson Rhodes, as well as leading his own business. He has also advised regulatory and other bodies in the public sector.

Malcolm has a Masters degree from Cambridge University, a Master’s degree in business administration from London Business School and Certified Diploma from the ACCA. Earlier in his career he qualified and practiced as a Chartered Engineer.

Professor Andy Neely is Pro-Vice-Chancellor for Enterprise and Business Relations at the University of Cambridge. He is a Fellow of Sidney Sussex College, former Head of the Institute for Manufacturing (IfM) and Founding Director of the Cambridge Service Alliance. He is widely recognised for his work on the servitization of manufacturing, as well as his work on performance measurement and management. Previously he has held appointments at Cranfield University, London Business School, Cambridge University, where he was a Fellow of Churchill College, Nottingham University where he completed his PhD, and British Aerospace. He was Deputy Director of AIM Research – the UK’s management research initiative – from 2003 until 2012, he was elected a Fellow of the Academy of Social Science in 2008 and a Fellow of the Royal Academy of Engineering in 2018. He was awarded an OBE in the 2020 New Year’s Honours list.

Sarah Wood left academia to co-found Unruly in 2006, scaling a global video advertising marketplace that was acquired by News Corp in 2015. A former board member of Superdry plc and author of Stepping Up, which calls for more diverse and empathetic business leaders, Sarah currently sits on the boards of Tech Nation, Signal AI, City Ventures and The Anna Freud Centre, which campaigns for young people’s mental health. She is an ambassador for The Prince's Trust Women Supporting Women Programme, has been named Veuve Clicquot Businesswoman of the Year, City AM Entrepreneur of the Year, and awarded an OBE for services to technology and innovation. In her spare time she runs marathons, grows tomatoes and supports Liverpool FC.

Kamiar Mohaddes is a macroeconomist at the Judge Business School at the University of Cambridge and a Fellow in Economics at King’s College, Cambridge. His main areas of research are applied macroeconomics, macroeconometric modelling, energy economics, and climate change. His articles have been published in a number of edited volumes as well as in leading journals, and have been covered in major international news outlets. He is currently a consultant at the Asian Development Bank and has previously served as a Departmental Special Advisor at the Bank of Canada, a consultant at the United Nations ESCWA, and a regular visiting scholar at the International Monetary Fund.

Michael Proctor was a Wrangler at Trinity College, Cambridge, going on to become a Fellow, Tutor and Dean, and most recently Vice Master in 2006. In 2013 he was elected Provost of King’s College and, until his retirement from the Chair, was Professor of Astrophysical Fluid Dynamics in the Department of Mathematics and Theoretical Physics. His research is principally concerned with the generation of magnetic fields on the Sun, and their interaction with solar convection. He was elected to the Royal Society in 2006. 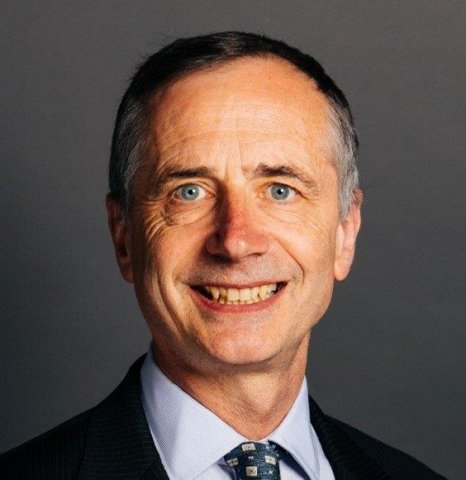 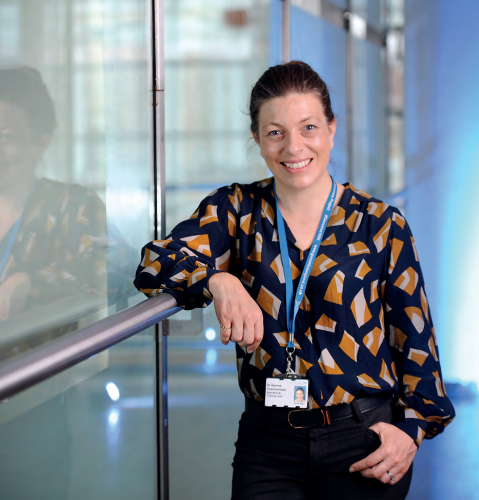 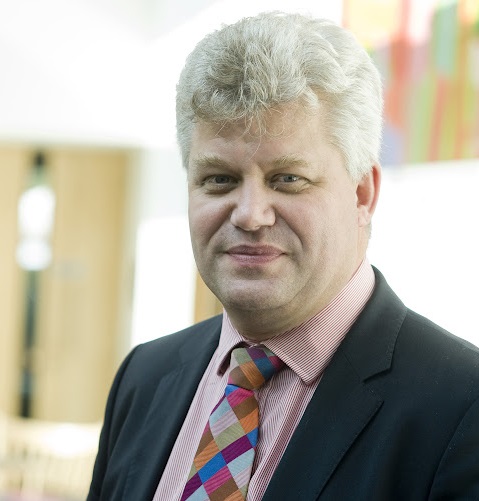 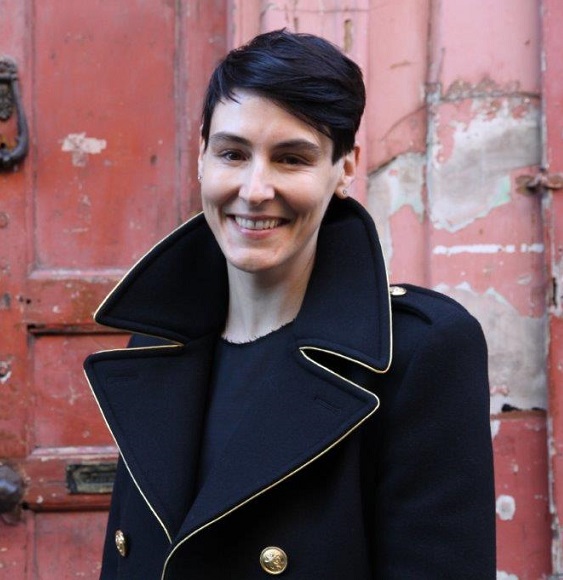 Our year-long programme to support King's students wishing to follow a career in entrepreneurship and innovation.
Read more

Over the past year, we have been busy organising a wide range of digital events for our alumni and Friends to enjoy from the comfort and safety of your own homes.
Read more