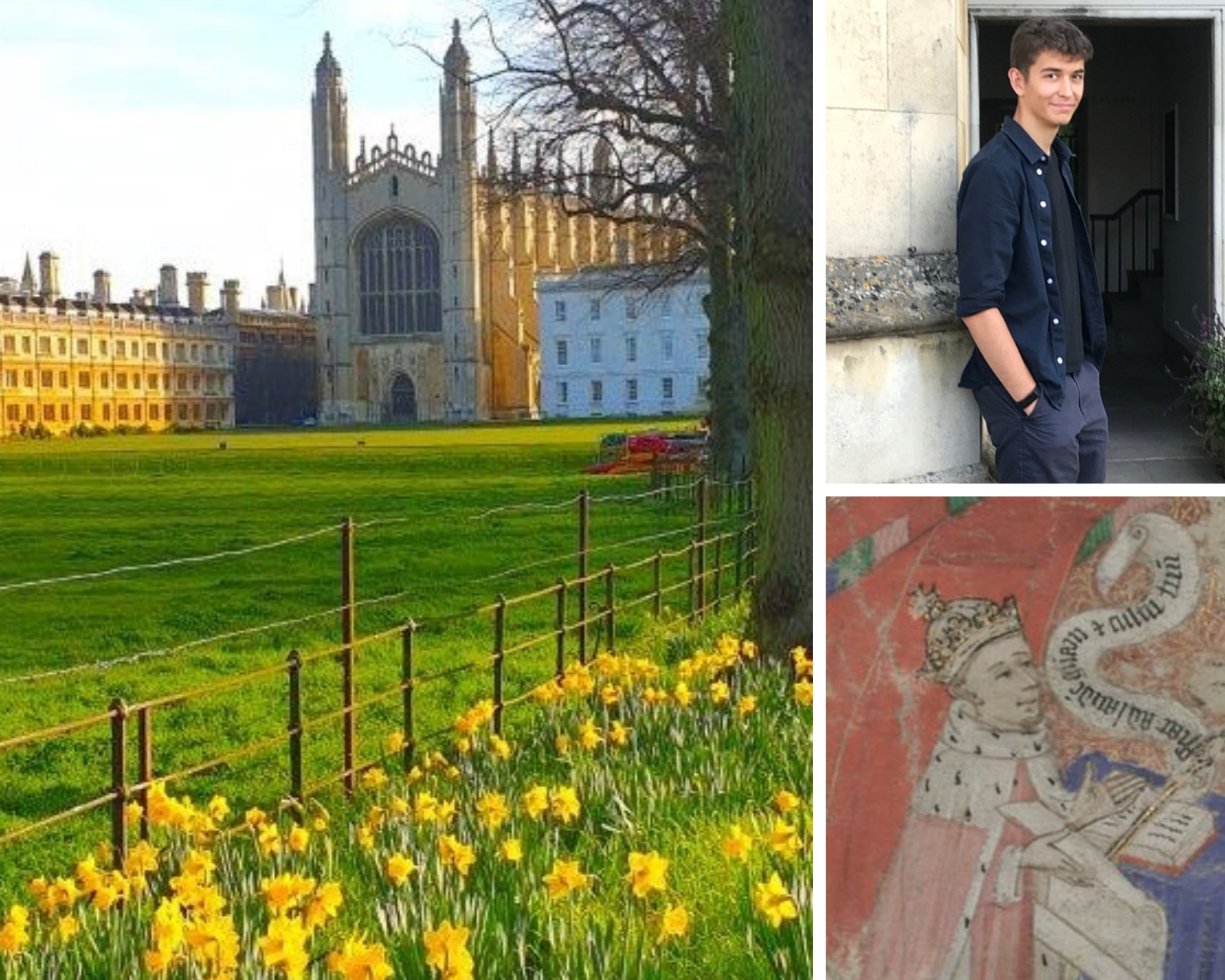 While we are sadly unable to invite you back to College for the Henry VI Circle event this year, we are pleased to be able to offer you a programme of digital sessions to attend from the comfort and safety of your own homes.

For logistical reasons, the event will run in two independent parts and you will need to please register for each part that you are keen to attend.

Part 1: Update from the Provost and Archive Exhibition

1:30pm (GMT +1): Provost Professor Michael Proctor will open the afternoon with an update and insider view into King's this past year. Although the gates have been closed, by no means has the College been shut, and we are delighted to have the opportunity to share College achievements and the developments of the King's Campaign with you.

2:00pm (GMT +1): The College Archivist Patricia McGuire will present her pre-recorded narrated exhibition on the College’s Founder and First Legacy benefactor, Henry VI. 2021 marks 600 years since Henry’s birth and 550 years since his death, which seems a good point at which to pause and reflect upon the way his legacies to his College in Cambridge are currently manifest here. Patricia will be available after the presentation to answer questions live to the audience.

Click here to register for the Provost Update and Archive Exhibition

3:00pm (GMT +1): King's is extremely excited to announce that first-year King's student and award-winning Organ Scholar Paul Greally will perform live from King's College Chapel. With a repertoire including Brahms, Schumann, Albinoni, and Stanford, this is an occasion not to be missed!

Click here to register for the Organ Recital with Paul Greally

We welcome questions to put to the Provost and Archivist, and also to our Organ Scholar. These can be submitted during the registration process or emailed to events@kings.cam.ac.uk. There will also be the opportunity to ask your question/s live using the Zoom Q&A function.

We hope that you will join us on the 24th April.

If you have any questions or need any technical assistance, please email: events@kings.cam.ac.uk.

We are always very pleased to hear from our existing Legators, and from anyone considering leaving King’s College a Legacy gift.

Provost of King’s College since 2013, after 39 years as a Fellow of Trinity College, where he was successively Tutor, Dean and Vice-Master. After two years on the faculty of MIT in the mid-seventies, he returned to Cambridge in 1977 as a university lecturer. Until his retirement in 2017, he was the Professor of Astrophysical Fluid Dynamics in the Department of Applied Mathematics and Theoretical Physics. He has been a Fellow of the Royal Society since 2006. His research is concerned with the generation and dynamics of magnetic fields in the sun and other astrophysical bodies.

Patricia McGuire originally trained as a mathematician. A mid-life career change saw her earn an archives qualification in Ireland in 2004, just in time to take a maternity cover post offered at King’s. She became permanent in 2005 and has never looked back. The diversity of the collections at King’s, the peaceful College site, grateful readers and congenial colleagues all ensure that she is unlikely to give up the coveted post any time soon.

Paul Greally (b.2001) is the organ scholar and first-year music student at King’s College, Cambridge. He was the inaugural Harry Gabb scholar of the Royal College of Organists and was awarded the ARCO, aged sixteen, with three prizes, and the FRCO, aged nineteen, winning all four of the available prizes.

Composition awards include the BBC Proms Inspire competition: his chamber work Daddy Longlegs was performed by members of the Aurora Orchestra at the 2018 BBC Proms and broadcast on BBC Radio 3. He was subsequently commissioned to write for the BBC Singers, mentored by Errollyn Wallen: his choral work, The Slow Moon Climbs, was broadcast in 2019 on BBC Radio 3, conducted by Anna Lapwood. He also composed for the international project ‘250 piano pieces for Beethoven’: Indecision was premiered in Germany by Susanne Kessel at the Beethoven-Haus, Bonn, and published by Editions Musica Ferrum.