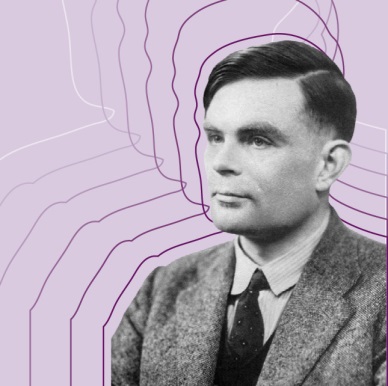 Following the live Zoom talks there will be a Q&A session. Advance questions for our speakers can be submitted by email: events@kings.cam.ac.uk. Alternatively, please ask your questions live using the Zoom Q&A button.

A programme for the day's events is available here.

Lecture: 'Bringing the Polish Cyclometer back to life' with Dr Tim Flack and Hal Evans

Zoom at 4.15pm (GMT +1). Register to attend at Zoom: https://us02web.zoom.us/webinar/register/WN_LTefhqVfTfS5eog8-Lh1Pw

Summary: It is a little-known fact that the Enigma was initially broken by a team of three Polish cryptographers: Marian Rejewski, Henryk Zygalski and Jerzy Rozycki. While Alan Turing and his colleagues at Bletchley Park are credited with the regular breaking of German communications, their work was made possible only by the breakthroughs of the Polish cryptographers. Their achievements include deducing the wiring of the Enigma, and then developing ways to deduce the daily settings of the Enigma (of which there were ~7.2 billion billion).

The Cyclometer was a device that Rejewski invented to facilitate the recovery of the Enigma settings. In the lead-up to the Second World War, those settings were changed on a daily basis and, without knowing them, it was impossible to listen in to the German communications. However, when it became clear that Poland would be invaded, all evidence of the Polish breaking of the Enigma had to be destroyed, including the Cyclometer.

Purely from Rejewski's drawings, and papers, which he handed over to Turing and his Bletchley Park colleagues after fleeing Poland, we have reconstructed the Cyclometer. This is a world first, and in this talk we will explain what the Cyclometer did, how it was used and how we went about bringing it back to life. There will be a demonstration of the Cyclometer in action.

Further details of the Cyclometer project are available here.

Zoom at 5.30pm (GMT+1). Register to attend via Zoom: https://us02web.zoom.us/webinar/register/WN_S2IRxp9bQa-zGgKlZ6GQsw

The fourth Alan Turing Lecture will be given by Professor Philip Maini from the Wolfson Centre for Mathematical Biology, University of Oxford. Following the talk King's Fellow in Mathematics, Dr. Ronojoy Adhikari, will join the session to take questions from the online audience.

Lecture Summary:  Towards the end of his life, Alan Turing turned his immense talents to mathematical biology and, in 1952, published a seminal paper on pattern formation. This talk will begin with a review of his work, showing how his mathematical model has been applied to such diverse areas as limb development, animal coat markings and sea shell patterns. It will also be shown that his theory correctly predicts aspects of Premier League Football Shirt patterns. Professor Maini will then review recent work on another phenomenon in developmental biology -- neural crest cell invasion - showing how a very simple mathematical model has led to new biological insights.

'Professor Philip Maini FRS is a distinguished mathematical biologist, and is the head of the Centre for Mathematical Biology at the Mathematical Institute in Oxford. In his research, through sophisticated mathematical modelling, he has elucidated many of the mechanisms behind pattern selection and morphogenesis in biology and medicine, a subject of great interest to Turing, who was one of the first to understand the biochemical basis of pattern formation in biology.' Provost, Professor Michael Proctor

The papers of Alan Turing have been assembled at King’s College since 1960 when his mother made the first presentation. While his work at Bletchley Park is not well represented (any surviving papers would probably be in The National Archives), the King’s collection has scores of his letters, photographs, reprints (including the Computer Science foundation document on the Entscheidungsproblem, part of which features on the new £50 banknote), and evidence of his work on artificial intelligence and morphogenesis. Specimens of all will be included in this narrated exhibition on Alan Turing exclusively using documents from the King’s collection. The video will be pre-recorded and made available here on the 29th April.

If you have any questions about these online events please email: events@kings.cam.ac.uk for assistance.