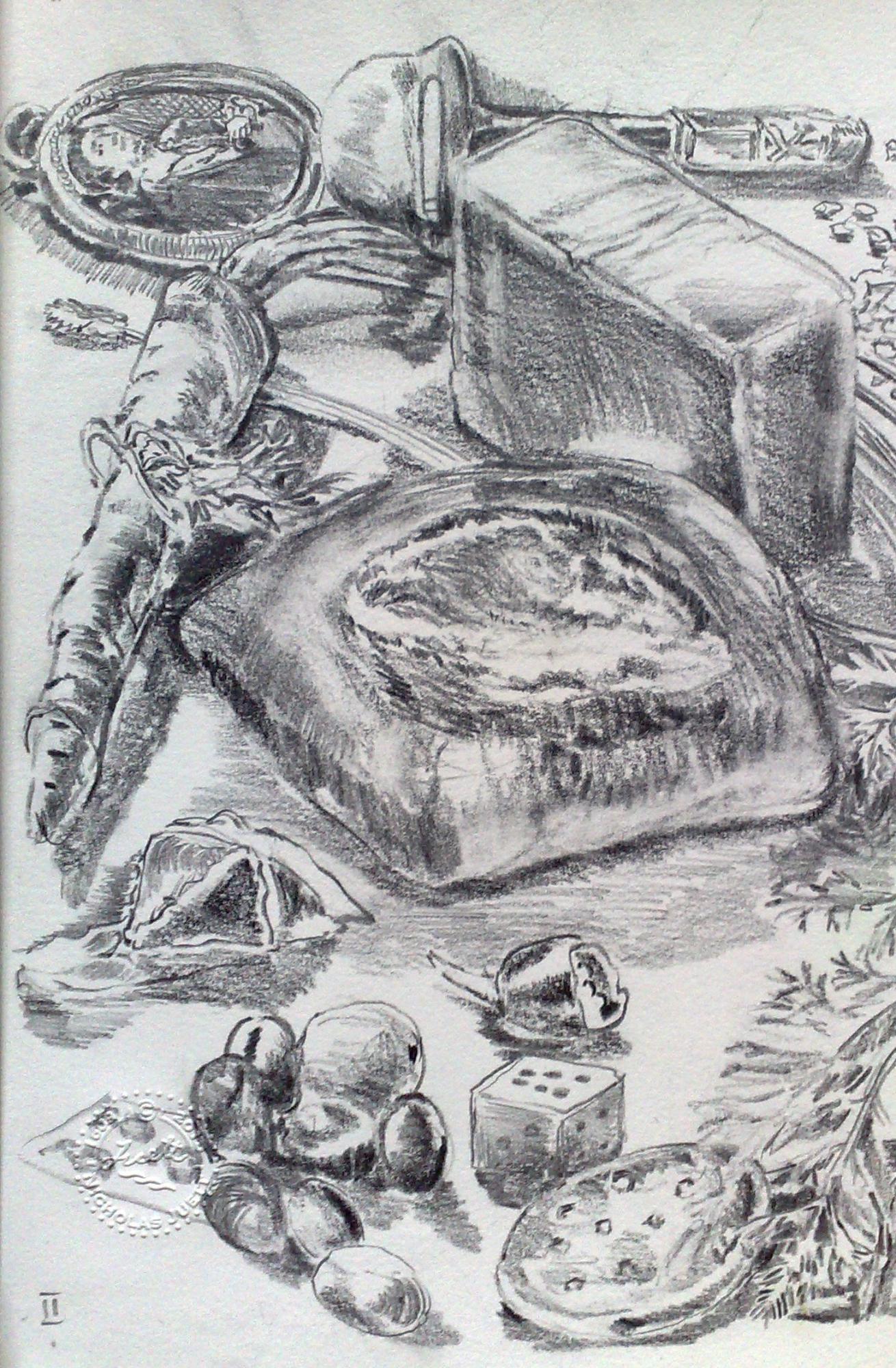 This exhibition covers Juett’s voyage of discovery after finding a journal kept by his namesake Robert Juett from the sixteen hundreds. The modern day Cambridge artist, Nicholas Juett, was surprised to discover the journal while visiting Cambridge University library where he looked up ‘Juett’ in their books of old newspaper-clippings.

Ships are often the subject for conventional treatment in art, but in disregarding tradition, Nicholas’ work shows us the humdrum paraphernalia of shipboard life: we see huge cheeses left carelessly lying among tools and rope work; we are shown an icy outer world through the exploded side of the ship; and in an echo of the bizarre sight the ship must have presented to the native Americans on the coast of Nova Scotia and to the Inuit in Newfoundland, we also see strangely proportioned barques sailing down the River Cam.

Nick plans to pursue further ways of conveying the Arctic experience, exploring the region without leaving the artist’s studio. His creative response helps give a picture of early seafaring through his research in books, the Internet and gathering information from maritime museums on trips to Amsterdam, London and Lisbon. Reading historical references of the time (not just in pictures) and learning about later expeditions archived at the Polar Institute, has a part to play in a more modern visual response to the early 17th century in this show in King’s College Cambridge Art Rooms.

Exhibited a few flights up Staircase ‘A’ at King’s and facing the chapel, the artist will include his research work-books as part of an installation of ideas to share his contemporary work-practice. To enhance this methodology he will be offering workshops to help launch future exhibits and public participation both here and abroad.

The artist will show his thought process through an installation of traditional format, alongside clues found in working sketchbooks. These ideas will be explored through a series of workshops for King’s fellows, students, and staff on Saturday afternoons through the show.

Born in Cambridge, Nicholas studied at the Cambridge School of Art (CCAT), now Anglia Ruskin University.  He then went on to study as an undergraduate art student at Reading University. As a Rotary Scholar, he had a fourteen-year career in the States, which included studies at the School of The Art Institute of Chicago (Post-Bacc & MA).  A travelling scholarship took him to Los Angeles where he worked in an art gallery. Nicholas has had the pleasure of exhibiting alongside the likes of David Hockney, John Baldessari and Andy Warhol.

More about Nicholas Juett and his art 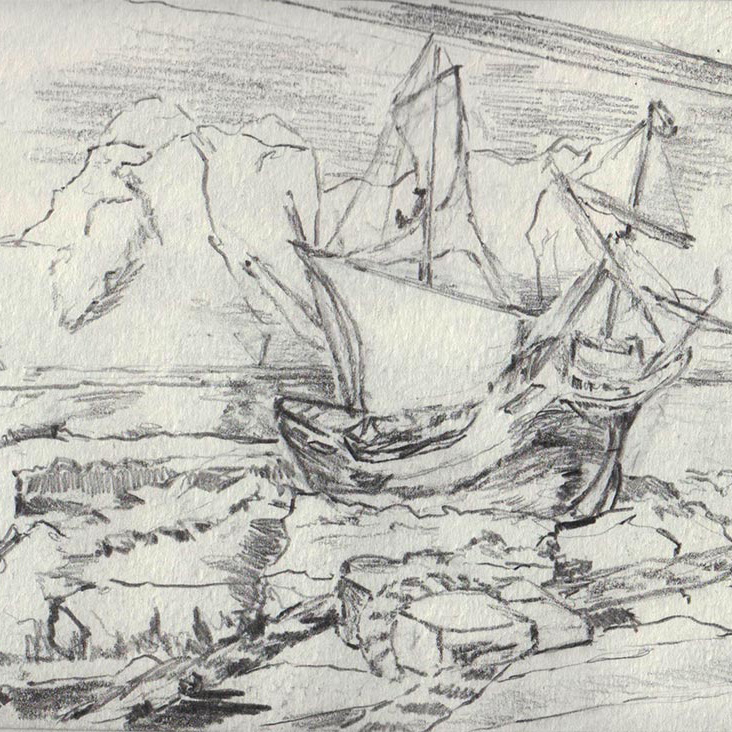 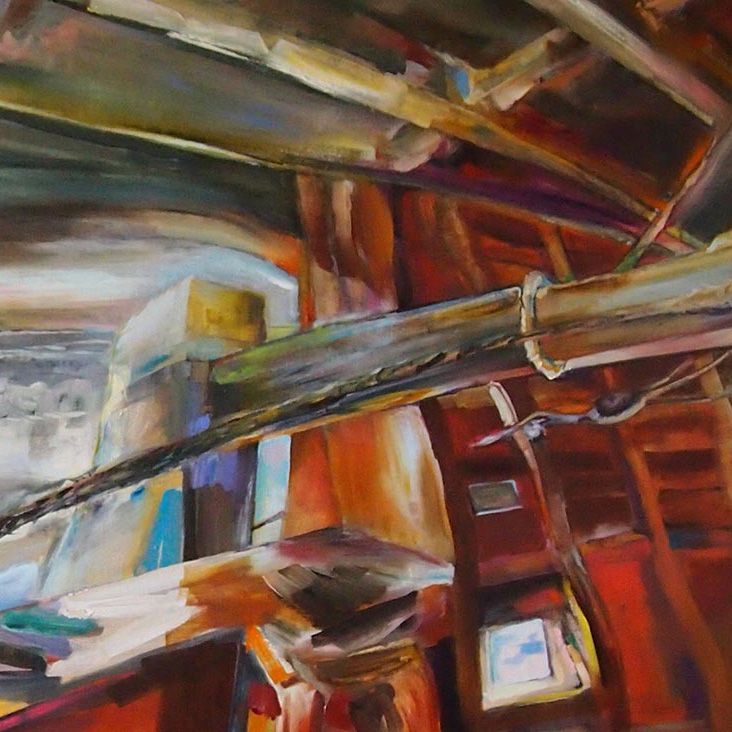 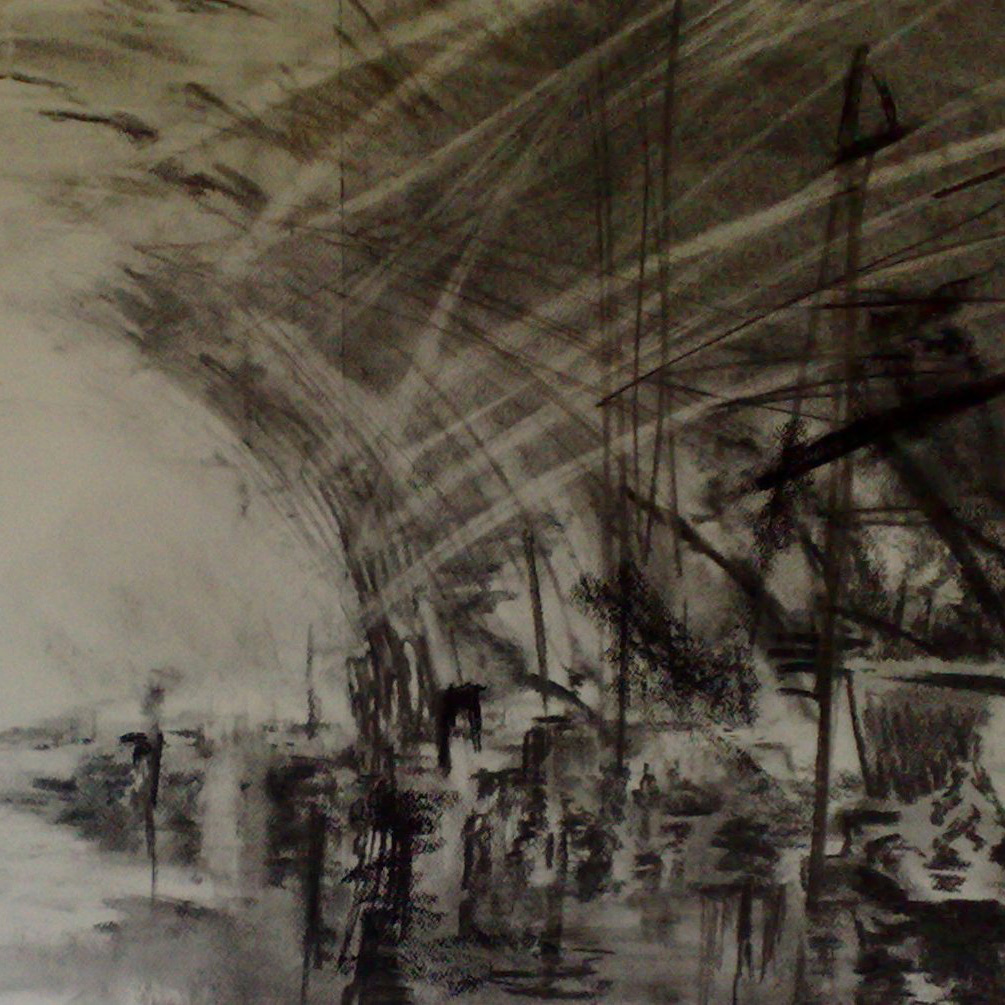