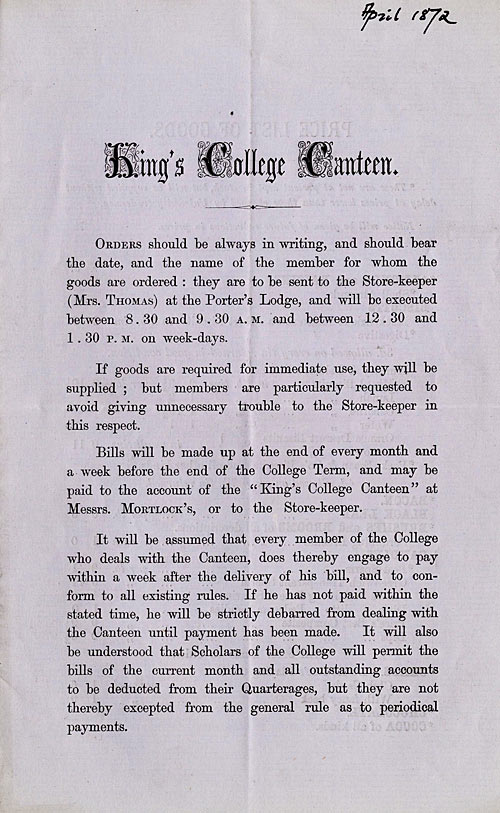 This month we look at records of the canteen at King's. The canteen first appears in 1872 with a published rule book, but it vanishes until 1920 when a draft report was submitted to council calling for it to be re-opened. In its day, this small piece of 'retail heaven' provided fellows and scholars with everything from grey flannel trousers to perfumed soap and fire tongs.

The King's canteen was more like a mail order shop than a cafeteria or restaurant. A member of the college had to fill in an order from for what he wanted and hand it to the Porters' Lodge, who then passed it to the store keeper to process. Members could ask for an item immediately but were requested to 'avoid giving unnecessary trouble to the Store-keeper in this respect'.

Members were reminded that many items available from the canteen would be 'supplied at prices lower than those charged by University tradesman.' Apparently, the canteen also offered 'specials' or price reductions on certain items throughout the year!

In addition to foodstuffs, 'orders for cans, tins, small hand lamps, lamp globes and chimneys, wine glasses tumblers, crockery, etc ' would be filled as long as the member's bill did not exceed £1.

The location of the canteen has yet to be discovered amongst the significant number of architectural drawings and plans in the college archive. It is likely that the canteen was subsumed into the buttery when the kitchen adminstration was re-organised in 1911. But this is merely conjecture as no records have been found.

Like the bakery and the brewhouse, the canteen was probably one of those places that was just so ordinary it did not require records - everyone knew where it was and what it did. 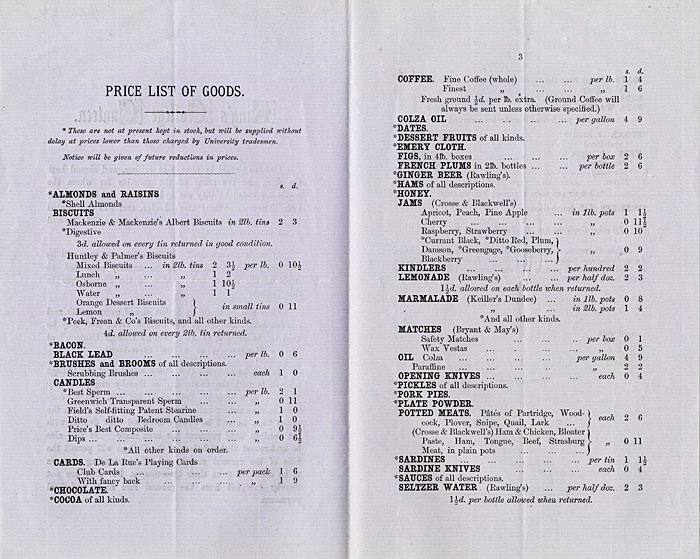 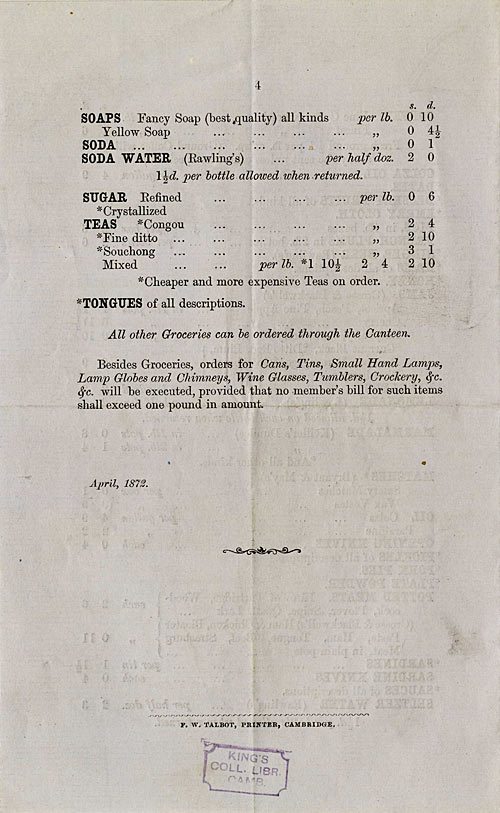 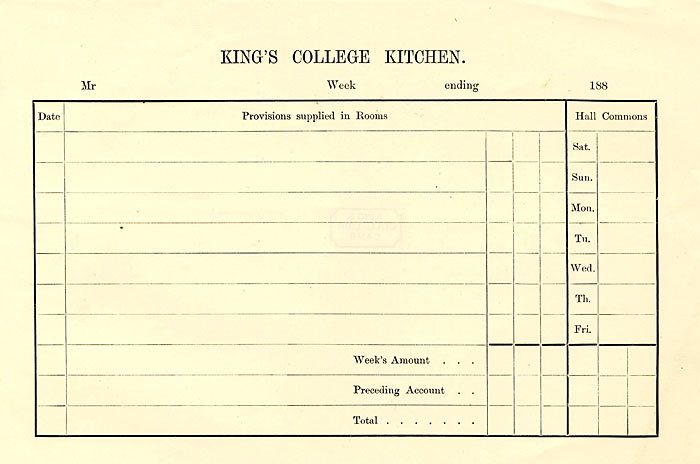 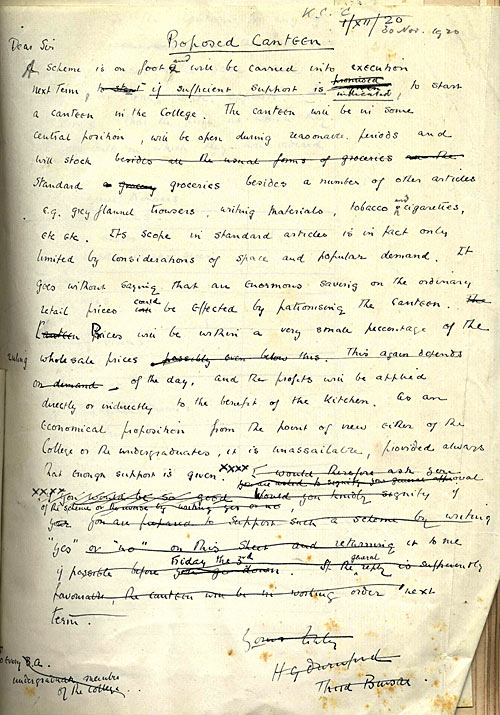 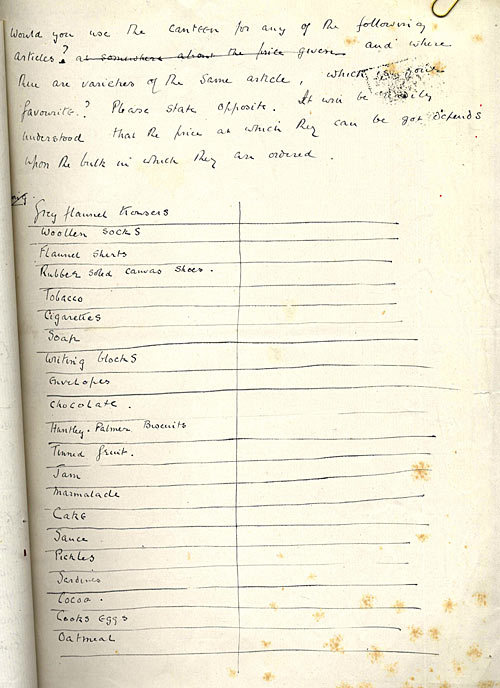 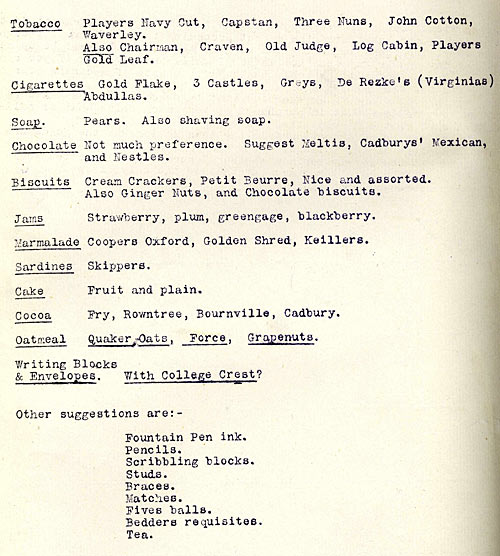 More suggestions for the canteen (1920) 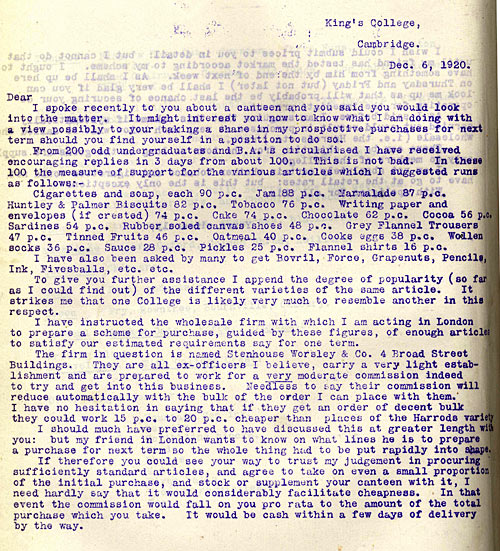 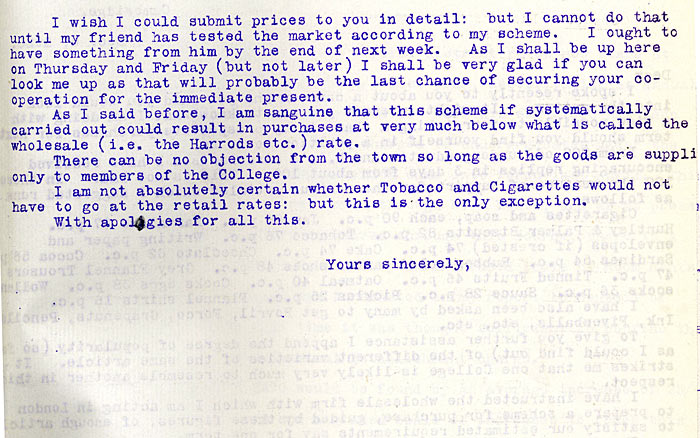 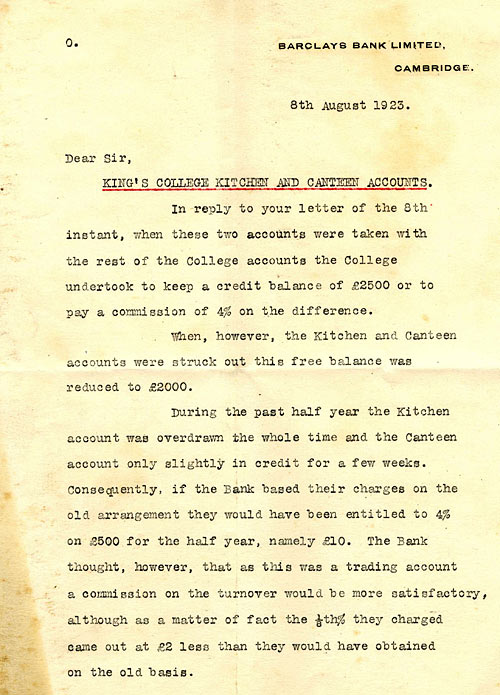 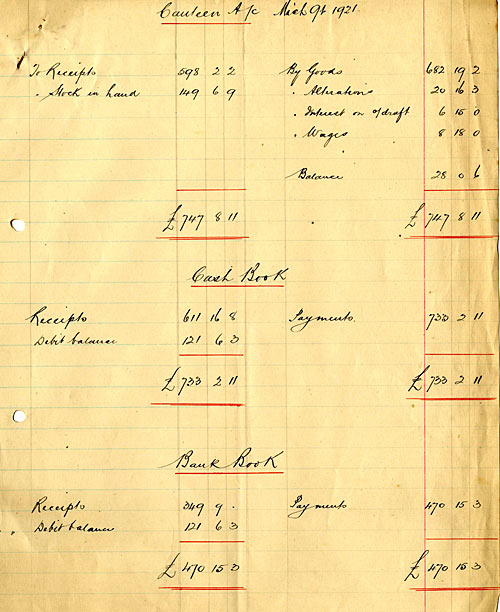 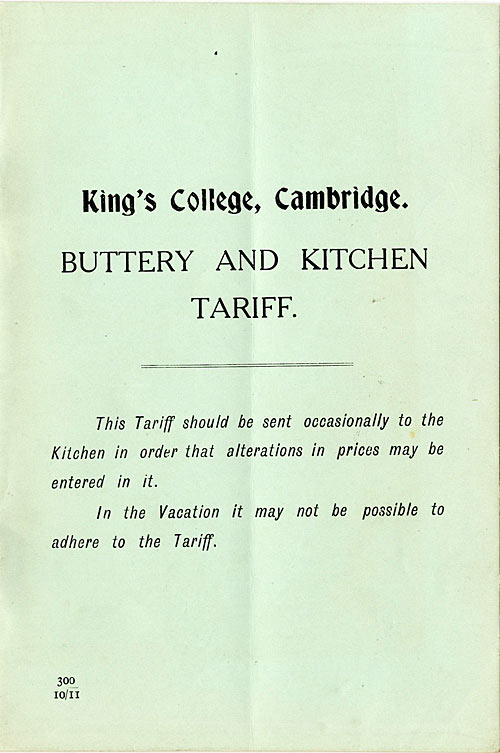 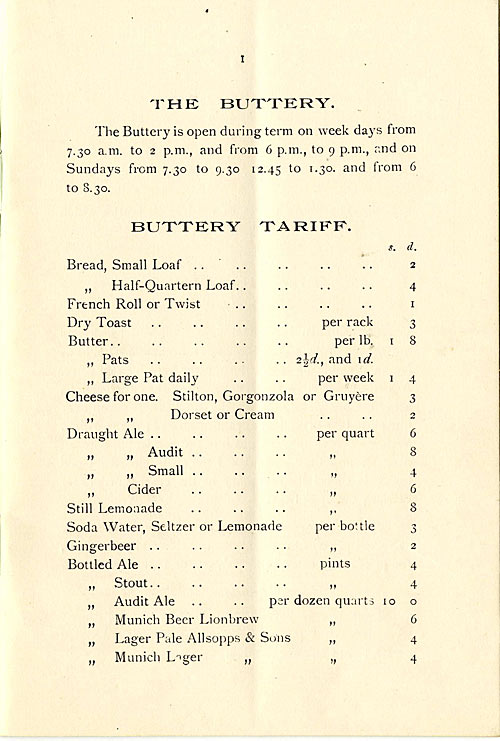 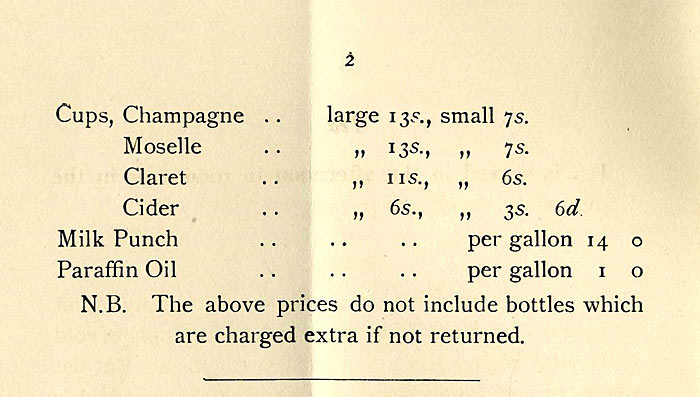 Drinks available in the buttery (1911) 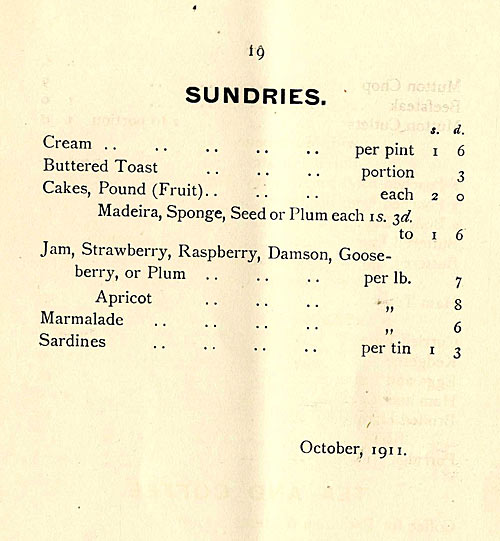 Sundries available in the buttery (1911) 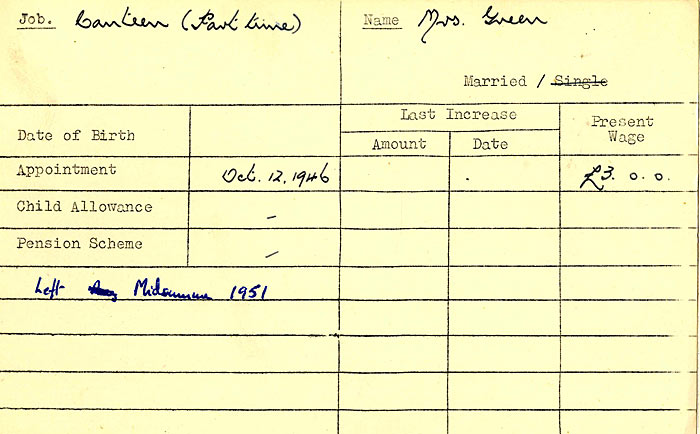