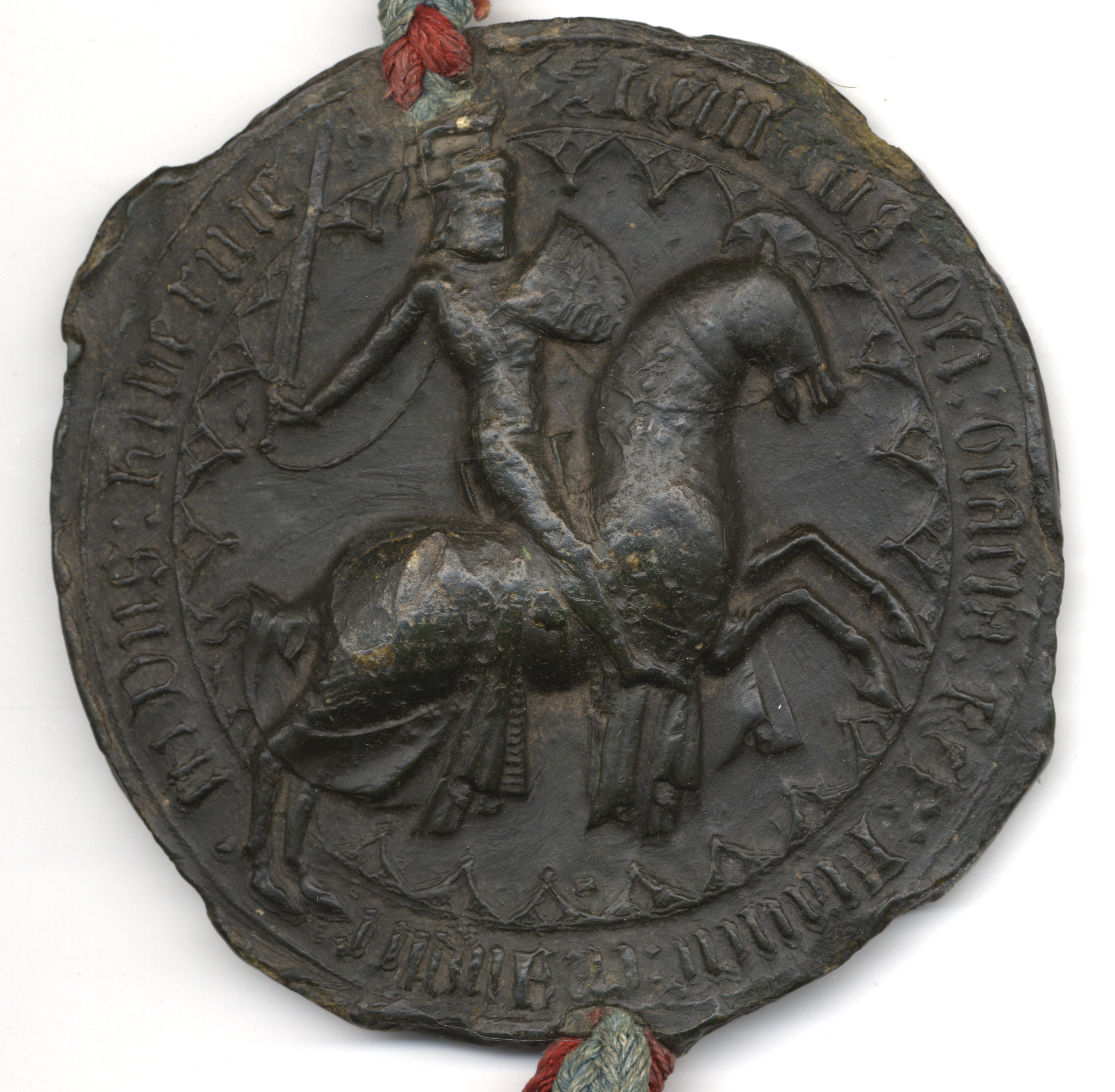 Seals, both public and private, reflect the world of medieval power, art and culture in miniature.

All official documents from the twelfth to the nineteenth century carried a wax impression of an appropriate seal to authenticate them. Many of these charters, acts and agreements still carry their seals attached by their silken cords. Even documents of a lesser nature would often have a seal impression attached by cord or a strip of parchment for identification or guarantee of the issuer.

Seals typically bear their owner's likeness, emblem or coat of arms and were used to endorse documents just as the signature is today. They were also used to literally 'seal' documents, fulfilling the same role as glue on envelopes now.

By virtue of their fragile nature, many of these seal impressions survive in only fragmentary condition. The images presented here represent a selection of important seals held within the College's archive.

The seal impressions were made with metal stamps called 'matrices'. The design and production of seal matrices was a specialised practice, requiring much skill in reproducing  the image and lettering required in reverse to produce the appropriate positive image. Seals survive both as matrices and as impressions, though impressions are more common.

Matrices were a variety of shapes and sizes. Seals of royalty, great aristocrats and important institutions, such as King's College, usually used a circular matrix. The matrix for the college seal is held in the archives. Pointed oval or vesica seals were commonly used by high ranking ecclesiastics (such as the seal below, belonging to Romero, a papal chaplain).Sometimes there were two matrices, a seal and a counterseal, so that the wax impression which resulted would be two-sided, with a different design on each side.

The Great Seal of England typically portrayed the king on horseback, with drawn sword and a shield bearing the royal arms on one side and on the reverse the monarch would be enthroned with the crown and sceptre of state. Private seals may identify not only the owner and images relating to his trade or profession but they may also depict images relating to his personal interests and benefactions.

Many seals are tiny works of great beauty which chronicle the transactions of all levels of society - from the aristocracy to the lowly merchant. They can be used to discover important and interesting things about historical events or agreements or to reveal intriguing details about the people who used them. Whatever their size or import they all have a pictorial story to be read and historically unravelled.

Edit Page Seals: stamps of authority
Reverse of King Stephen's seal
Seal attached to a confirmation by the Empress Matilda of a grant, 1141-1143 (SJP/19)
Seal on the Letters Patent of Edward I, 1305 (GBR/57)
Reverse of Edward I's seal
Seal on Henry V's Charter upon an Act of Parliament confirming grants, 1449 (KCE/990)
Seal on the Royal Letters Patent of Henry VI, 1442
Seal of Romero, Papal Chaplain on a citation from the court of Rome, 1463 (FOR/50)

The College of Arms