In the Chapel: Altar and Reredos 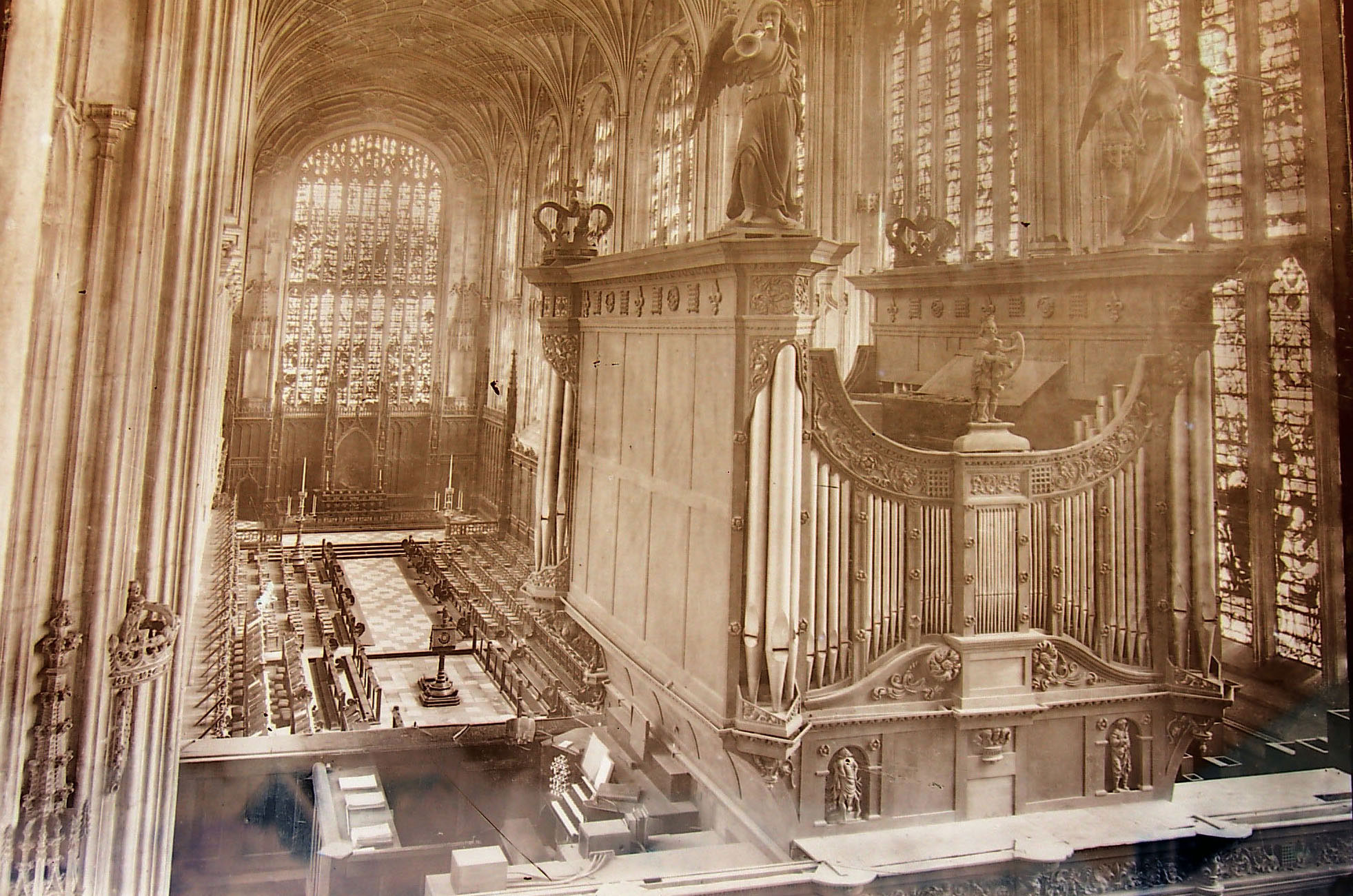 Despite its medieval foundations and seemingly unchanged exterior, there are some parts of King’s College Chapel which have undergone significant changes throughout its history.

The most obvious example is the east end of the interior, which now houses Rubens’ ‘The Adoration of the Magi’. The history of the donation of that painting and the surrounding changes are well known but that was only the latest change affecting that part of the Chapel.

In 1634, a joiner called Woodroffe erected a screen across the east end. This screen was eventually replaced by a new reredos and panelling by James Essex, c 1776. The centrepiece of this was a ‘Deposition’ by Girolamo Siciolante da Sermoneta (misattributed for a time to Volterra). Essex also provided an altar and rail. Essex’s design had been chosen in favour of one submitted by James Adam.

In the late nineteenth century, various designs to replace Essex’s altar and reredos were submitted by Pearson, Burges, and Bodley and Garner. These plans were rejected but in 1902, separate plans by Garner were executed, which included a new altar, rails and large tapestries.

Only two of the three tapestries proposed by Garner were created. On 25 January 1903, MR James (Provost) told the Reredos Committee ‘To my mind the effect of these embroideries is not satisfactory either in design or colour. They add neither to the beauty nor the dignity of the structure’.

In 1892, John Carter had said that the subscribers to the Reredos Fund felt that the reredos ought to be considered ‘as belonging to the furniture rather than the structure of the Chapel’ (KCC/60). MR James’ comments echo that sentiment, as he went on to describe the Chapel as an artwork in its own right, also referring to the aim of the project as furnishing the Chapel.

In 1903, Detmar Blow and Fernand Billerey, Ambrose Poynter and TB Carter were then asked to prepare plans for the reredos. Blow and Billerey’s plan was selected, with some elaboration. Between the Corinthian columns of Blow and Billerey’s reredos there were intended to be three statues, of Jesus in the centre, with our patron saints of the foundation, St Mary and St Nicholas, on either side. These statues were not provided until many years later.

In 1958, Henry Moore was commissioned to create the statues but despite initially accepting the commission, he withdrew after several years of negotiations. Wooden statues were created by JR Skeaping instead.

Rubens’ ‘The Adoration of the Magi’ was installed in 1964, in conjunction with extensive restoration and upgrading of the Chapel.

Gallery - In the Chapel: Altar and Reredos

Useful Sources - In the Chapel: Altar and Reredos

We are open by appointment four days a week most of the year - please contact us by email or phone to book your visit.
Read more
The Chapel Altars; archives catalogued on ArchiveSearch
Joseph Mallord William Turner, 'Cambridge: The Interior of the East End of King's College Chapel', 1794, on Tate