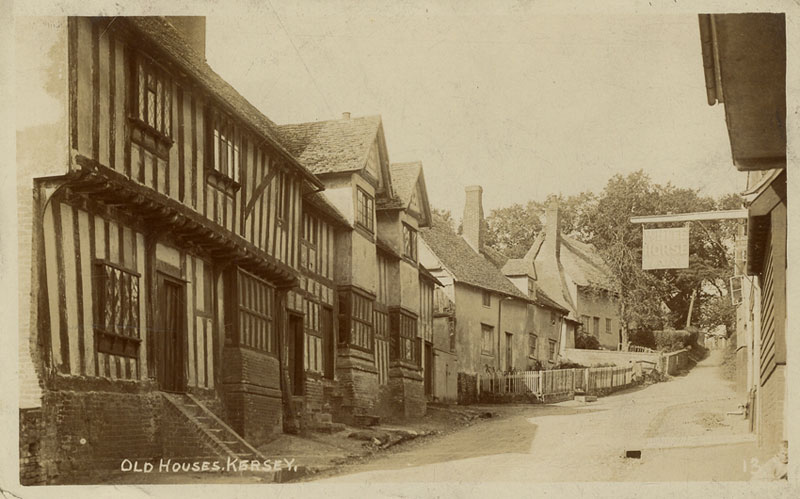 This month we present an example of tracing family or local history through the King’s College Archive estate papers.

Enclosure resulted in a system of field numbering which enabled effective record keeping and easy management of rent. The field numbers which appeared on maps were also used in valuations and rentals, not to mention sale particulars (see last month - 'Estates: Grantchester' in 'See also'), which makes it easy to trace a particular property.

The valuation shown in the second image below gives the names of fields, their use, their sizes (measured in acres, roods and perches) and their value (in pounds, shillings and pence). They were all leased to Richard Newman.

For example, in the map below Newman’s holdings are outlined in green. His field numbers (26-30, 41-48 etc.) are readily identifiable to the North (right as shown) of the village. In this manor the same numbers were also used to manage tithe payments (KER/890).

Field numbers were not always used. For example they do not appear in the list of quit and free rents or the court roll below. Because tenants changed more frequently than their holdings, and tenants usually held more than one field, it was more efficient in some records to identify holdings by the tenant.

When a tenant passed away, the manor court would record the admission of the heir as tenant for a small fee, referred to as a ‘fine’ but really just an inheritance tax. In the example shown the manor court of Kersey Priory noted that Edward William Archer, a copyhold tenant had died and left his various lands to his only son and heir, of the same name. The son was under 21 so the lands were to be held by his mother Helen Gertrude Archer temporarily. As the land he inherited was copyhold, he would have received a copy of this entry in the court roll. Court rolls will often give additional information, for example occupations may be given after names, making them a potentially rich resource for genealogists.

With the court roll, in conjunction with the valuation and map, you can usually trace the tenants of a particular piece of ground, or their family history, for many generations.

We welcome researchers to use our estate records, whether for academic research or for family or local history. For more information, please see Visiting the Archives (see below).

The Archive Centre is open by appointment from Monday to Thursday for most of the year - find out more about making a visit.
Read more

Our Heritage Lottery Fund project to improve access to the College's estates records, which form a vital part of the College's history.
Read more
Catalogue of documents relating to King’s College’s Kersey estate on ArchiveSearch