If you are interested in viewing any of the documents from the estates records, please contact the Archive Centre to arrange an appointment.

When the College received its endowment grant of manors and estates, the historic records came with the properties. Some records, such as the sluice-building agreement shown below, pre-date the foundation of King's College.

Administration of the College's estates was divided between three Bursars, elected annually. The Bursars are responsible for many of the estates records. 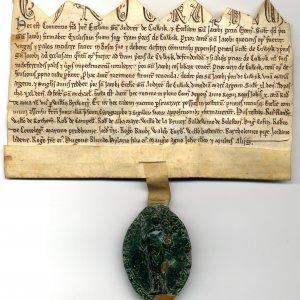 Agreement between the priors of Cowick and St James concerning the building of a sluice, 1208. The prior of Cowick's seal is attached. Ref: SJP/53 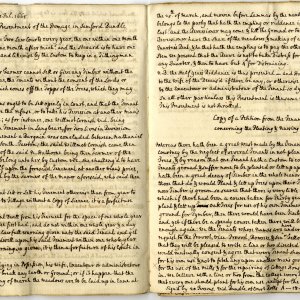 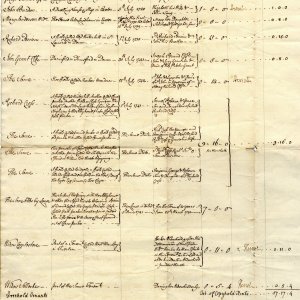 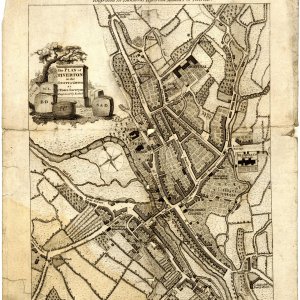 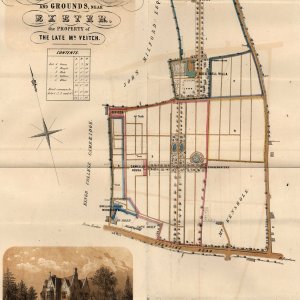 Drawing of Buckerell Villa from a plan of the Buckerell estate, property of 'The Late Mr Veitch', surveyed as sold on 12 June 1866. Ref: SJP/195

The Queen, King's, and Sampford Courtenay

Queen Elizabeth I's Principal Secretary Francis Walsingham worked hand in hand with her Lord Treasurer William Cecil, first Baron Burghley. In 1586 they each wrote to Provost Goad, bringing the College to heel over its refusal to demise Sampford Courtenay manor to the Queen. The College later relented in 1591, although the manor was returned to the College by the Queen in 1601. As well as being the Queen's spymaster, Walsingham had been a Pensioner (student who paid his own way) of the College.

The dragon, fleur de lys, lion, rose and crown symbols on the royal charter shown below assert Elizabeth’s claim as ruler over England, Wales, France and Ireland. They reinforce the words which begin the charter, standard text for royal charters, which reads: Elizabeth dei gracia Anglie Francie et Hibernie Regina fidei defensor etc, OMNIBUS ad quos presentes littere peruenerint Salutem. In English: Elizabeth, by the grace of God Queen of England, France and Ireland, and defender of the realm, TO ALL to who see this, Greetings.

The Queen’s Great Seal was larger than any previous King or Queen of England, loudly declaring her military and political might through the images traditional for royal seals: on horseback on one side and enthroned on the other. 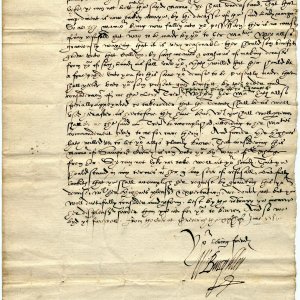 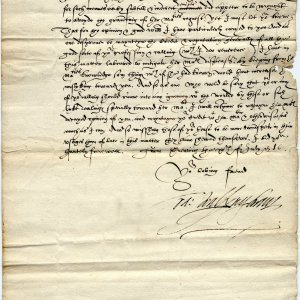 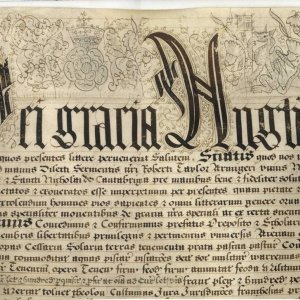 Illumination from the grant of Sampford Courtenay manor by Queen Elizabeth I to King's College, 23 December 1601. Ref: SAC/62 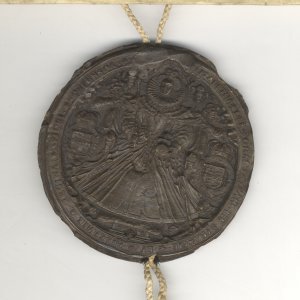 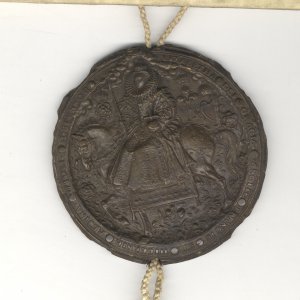 Please note: the Microsoft Word version of the catalogue is not kept as up-to-date as the Janus version.

See below to download the MS Word catalogue or for links to: