Maja Trebacz (2nd from the left) with the Provost of King's, Professor Michael Proctor, and Moji Agboola and Edward Salkeld from TPP
16 Oct 2019

The TPP Alan Turing Studentship for an MPhil in Advanced Computer Science has been awarded to Maja Trębacz, formerly an undergraduate at Newnham College.

The Studentship, which has attracted some of the most promising scholars from around the world, is intended to encourage study into the cutting edge applications of computer science and advanced statistical techniques to data and analytics. The award fully covers University course fees and the recommended maintenance costs for one home (UK), EU or refugee student.

In bestowing the Studentship, TPP said:

As a computer software company that is helping to change the face of healthcare around the world, TPP have always recognised the great contribution that Turing made to our industry. Mathematical brilliance and commitment to innovation are qualities we look for in our own employees – many of whom are Cambridge alumni like Turing.

We believe the ‘Alan Turing at King’s’ initiative is a fantastic way to celebrate the life and achievements of this great mathematician and we’re proud to be one of its sponsors. We look forward to being part of the events and academic activity that this project will inspire.

It was a great pleasure to work with TPP in awarding their Studentship in Computer Science. We were looking for someone with a solid maths background and a real potential for research. We found Maja Trębacz to be an outstanding applicant.

Alan Turing was a King’s College Fellow considered by many to be the father of Computer Science. In homage to this profound thinker, whose pioneering ideas changed our world and continue to hold significant potential for our future, King’s College was pleased to create the The Alan Turing Initiative. As part of the Initiative, we invite you to help us develop an ambitious new programme that will continue to transform our world, with a series of funding opportunities focusing on computer science, mathematics, biotechnology, and the history and politics of sexuality and gender.

TPP is a global health software company, working on cutting-edge technology to transform lives across the world. The company works on pioneering products, including digital health software, apps, and ground-breaking big data research. In addition to their sponsorship of the Alan Turing MPhil Studentship, they are also chief sponsors of the Hawking Fellowship at the Cambridge Union Society. 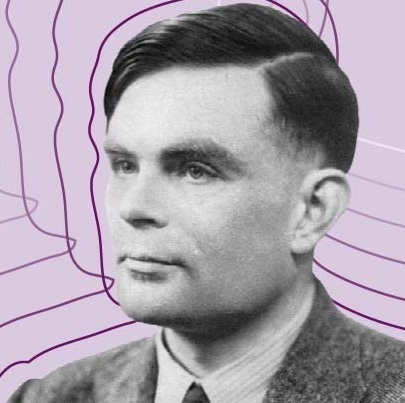 The TPP Alan Turing Studentship provides up to £27,173 for an MPhil in Advanced Computer Science for the academic year 2022/2023.
Read more
TPP Statement

Friday, 28th April 2017 Leslie Valiant, Honorary Fellow of King’s College and expert in theoretical Computer Science will be giving the first of a series of annual public lectures at King’s planned to celebrate Alan Turing, the King’s College Fell