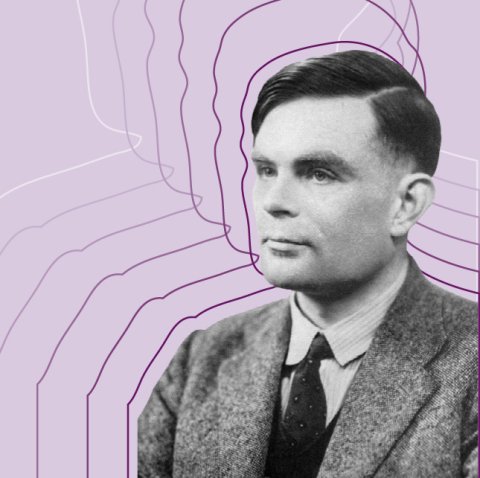 The next Alan Turing Lecture will be held on Friday 24th April 2020. Further details will be available shortly.

This lecture will be the fourth in a series held at King’s planned to celebrate Alan Turing, the King’s College Fellow considered by many to be the father of Computer Science. The lectures, now held annually, will commemorate different aspects of Alan Turing’s work and life.

On Friday 22nd February 2019 the lecture entitled 'Post-Quantum Cryptography' was given by Daniel J. Bernstein, Research Professor in the department of computer science at the University of Illinois at Chicago.

Lecture Abstract: Billions of people today send messages protected by cryptography. However, the most important cryptographic systems in use today will not be secure against attackers who succeed in building or stealing access to large quantum computers. Cryptographers are racing to design and deploy replacement systems that will survive the apocalypse.

On Friday, 27th April 2018 the lecture entitled ‘A soft machine in a hard world’ was given by Dr Andrew Hodges, Emeritus Fellow in Mathematics, Wadham College, Oxford and author of Alan Turing: The Enigma.

“The talk will follow on from the exhibition of Alan Turing’s papers as held in the College's Archive. These unique documents, for all their omissions and losses, are precious witnesses to the past and speak vividly to us today. I will use them and other forms of evidence to bring out some of the deeper threads which run through Alan Turing’s extraordinary story. Although his narrative concerns the history of computer science, of which he was the founder, there is a parallel and related story in the history of sexuality. Today, as never before, these interact, and Turing’s discourse anticipated this interaction. Witty, wide-ranging and down-to-earth, Turing enjoyed making his ideas accessible and I will try to follow his example. I will also discuss some documents recently acquired by the Archive which shed new light on his life and death.”
Dr Andrew Hodges

The 2018 Alan Turing Lecture and Celebration was kindly sponsored by TPP.

"As a computer software company that is helping to change the face of healthcare around the world, TPP have always recognised the great contribution that Turing made to our industry. Mathematical brilliance and commitment to innovation are qualities we look for in our own employees – many of whom are Cambridge alumni like Turing.

We believe the ‘Alan Turing at King’s’ initiative is a fantastic way to celebrate the life & achievements of this great mathematician and we’re proud to be one of its sponsors. We look forward to being part of the events & academic activity that this project will inspire."
The Phoenix Partnership (TPP)

On Friday 28th April 2017 the inaugural Annual Alan Turing Lecture entitled ‘Alan Turing and his Computational Universe’, was given by Professor Leslie Valiant (KC 1967), Honorary Fellow of King’s College and expert in theoretical Computer Science. Professor Valiant received the A. M. Turing Award in 2010 and is currently T. Jefferson Coolidge Professor of Computer Science and Applied Mathematics in the School of Engineering and Applied Sciences at Harvard University, where he has taught since 1982.

Alongside the Alan Turing Lecture Series the College launched the Alan Turing Initiative which seeks to support teaching and research, focusing on computer science, mathematics, biotechnology, and the history and politics of sexuality and gender.

The TPP Alan Turing Studentship provides up to £25,707 for an MPhil in Advanced Computer Science for the academic year 2020/2021.
Read more

The Turing Initiative pays homage to this profound thinker, whose pioneering ideas changed our world and hold significant potential for our future.
Read more